How to meet God? 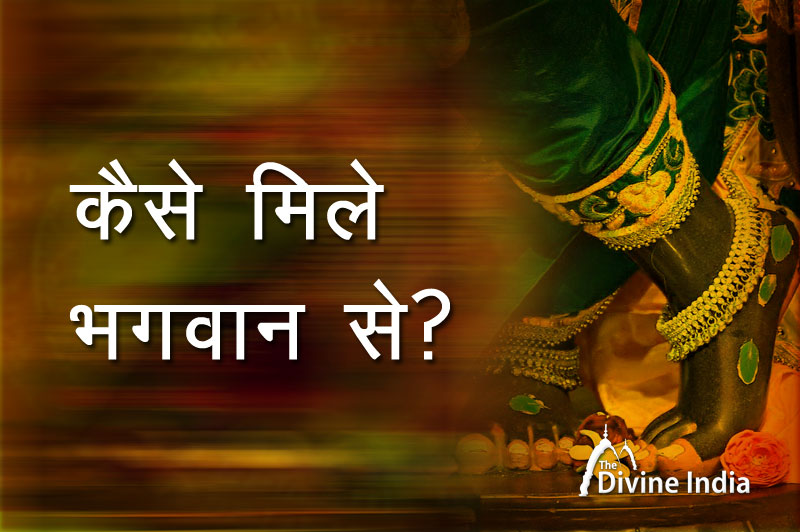 A small child of 6 years often insisted on meeting God. He did not know anything about God, but the desire to meet was plentiful. He wished that he ate a piece of bread while sitting with God.

While walking, he came out very far, it was evening. He saw an elderly mother sitting on the banks of a river, whose eyes had a brilliant glow, was in love, was looking for someone, and it seemed as if she was sitting there waiting for him.

The innocent child went to the elderly mother and sat down, took out the bread from her bag and started eating.
Then when he remembered something, he extended his bread hand towards the old mother and started smiling, the old mother took the bread, there was strange happiness on the wrinkled face of the mother, there were tears of joy in her eyes,

The child was being seen by the mother, when the mother emptied the bread, the child gave another bread to the mother.
Mother was very happy now. The child was also very happy. Both of them spent a lot of love and affection.

When the night started enveloping, the child started walking towards the house with permission and he would look back again and again! So the elderly mother is looking towards him.

When the child reached home, the mother hugged her son and hugged and started kissing,
The child was very happy. Mother saw her child so happy for the first time, then asked the reason for happiness,
So the child told!

On the other hand, when the elderly mother also reached her home, the villagers saw that the mother is very happy, then someone asked the reason for her being so happy .. ??

Mother said, ,, I had been sitting alone on the banks of the river for two days, I knew God would come and feed me.
Today God came, He sat with me and ate bread, fed me very lovingly, looked at me with a lot of love, even hugged me while going, God is very innocent, looks like a child.

The meaning of this story is very deep.
In fact, the only thing is that both had deep love for God in their hearts.
And the Lord sent himself (God) to both, both of them.

* When the mind turns to devotion in God, we see the same in every living being.