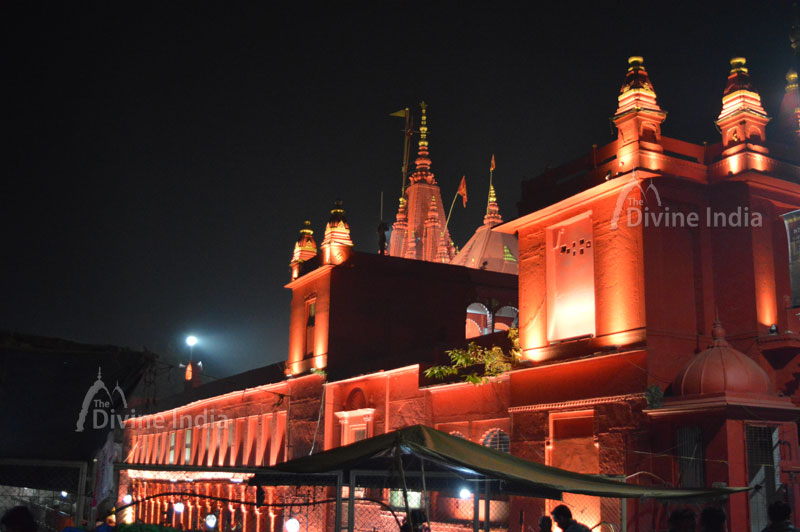 Durga temple was constructed with red stones which is very grand and beautiful. One side of the temple is 'Durga Kund'. Durga Mandir was built in the 18th century by the Queen of Bengal, Rani Bhavani. The temple was built in the architecture of North Indian Nagara style. To match the colors of the central symbol of Goddess Durga, the temple is painted red with ochre color. Inside the temple, many carvings and engraved stones can be found. The temple is composed of many small peaks. It is believed that the main idol of the temple, which is of Goddess Durga, appeared on its own at this place, meaning that the idol has not been created by any person.

In this temple, Durga is immaculate in the 'Yantra' form. Goddess Annapurna temple and Ganesh temple behind the Durga Temple. There are two gates to enter to Durga temple. The main entrance is in front of the main complex of the temple and the second door, which is small, is on the right side of the temple. There is also a temples of Baba Bhairavnath, Lakshmi ji, Saraswati ji, Hanuman ji and Mata Kali in the Durga temple. Here religious functions, such as Mundan etc. come to see the mother. There is a havan kund inside the temple, where there are daily havans. Some people also perform a 'Tantra' worship (black magic) here.

All the festivals are celebrated in the temple of Durga, especially in the festival of Durga Puja and Navaratri. During these festivals, some people keep fasting (do not eat food) in the form of respect and dedication to God's worship. In the festival days, the temple is decorated with flowers and lights. The spiritual atmosphere of the temple provides peace to the heart and mind of the devotees.