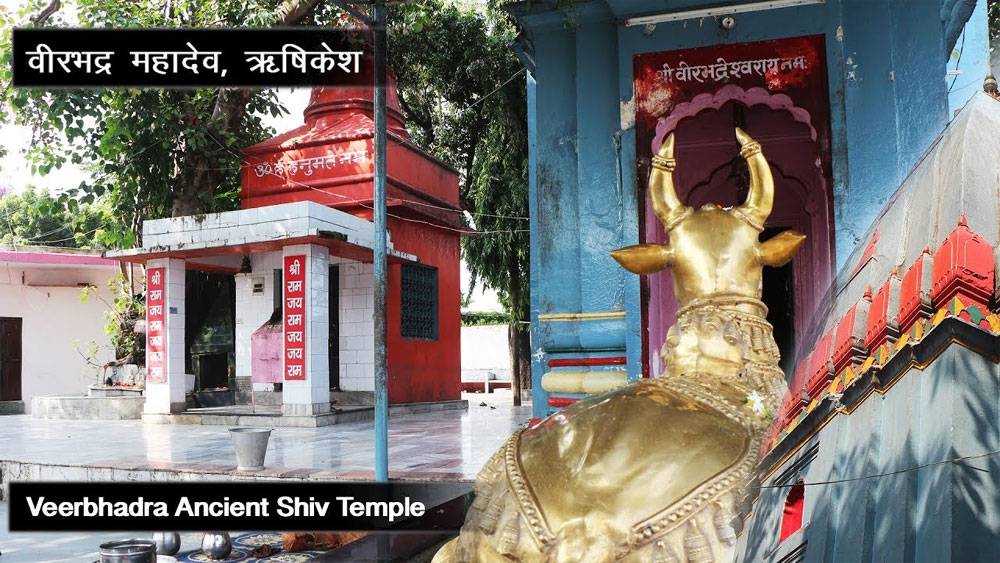 It is described in Hindu mythology that when Goddess Sati felt humiliated by her father Daksha Prajapati for not inviting her husband Lord Shiva to Haridwar for a yagna. She jumped into the Yagna Kunda to exile herself for insulting her husband. When Lord Shiva heard this news, he became angry and pulled his hair and threw it on the ground. As a result, Lord Veerabhadra was born. Virabhadra killed Prajapati. Later Prajapati was resurrected by God by apologizing to all the Gods and Goddesses.

Night awakening and special pujas are organized on the occasion of Shivaratri and Sawan. Myths and legends of Veerabhadra temple Veerabhadra is an avatar of Lord Shiva which was built by him in anger.

The temple is located 2 km from the Nilkanth-Rishikesh highway. You can reach the local railway station at this place, named Veerabhadra station and it is located on the highway which is 2 km from the temple. The nearby village is Meera Nagar and Tehri Vishwapit. The airport at Jolly Grant, Dehradun is 25 km away.