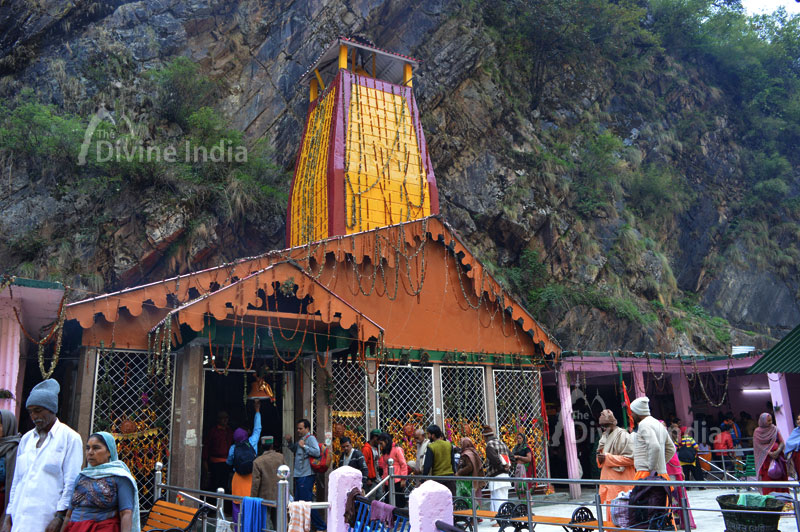 The chief attraction at Yamunotri is the temple devoted to the Goddess Yamuna where a black marble idol of Goddess Yamuna is worshipped. The Temple is situated in the western region of Garhwal Himalayas at an altitude of 3,291 metres (10,797 ft) in Uttarkashi district, Uttarakhand.Yamunotri is the most pious and sacred shrine of Hindus. The actual source of Yamunotri, a frozen lake of ice and glacier (Champasar Glacier) located on the Kalind Mountain at a height of 4,421 mtr above sea level, about 1 km further up, is not frequented generally as it is not accessible.

The Yamunotri temple is included in Char DhamYatra and usually the first stop-over for the Yatra. One of the four Dhams of Uttarakhand, the Yamunotri Dham Yatra takes a privileged trip to the sacred river to find redemption along the left bank of the river Yamuna. The temple once suffered damage due to an earthquake and Maharani Gularia of Jaipur rebuilt it in the late 19th century.

The temple is accessible by a hilly track of 13km from Hanuman Chatti and is the last motor airport of the temple. Afterwards from Narada Chatti, Janaki Cahtti or Phool Chatti towards Yamunotri begins tracking. Horses or palanquins are available for rent making easy for the devotees to access the temple. But now light motor vehicles can be accessed to Janki Chattiwhich is only 5km away from the temple. Janki Chatti is the most important chatti of all as it provides accommodation facilities for tourists.Most people recognized Janki Chattias  Mata Sita but it is not true. In ??1946, a virtuous woman, Jankihad made a huge hospiceon the right bank of the river in the village named Beef and later it became famous as Janki Chatti. Bhairoghati is some from before Yamunotri and the Bhairon Baba temple is there.

Yamunotri as well described in Hindu Vedas and Puranas  as Kurmpuran, Kedarkhand, Rig Veda. In mythology, Yamunotri is known as Yamuna Prabhav pilgrim. According to the Mahabharata, when Pandava came to Uttarakhand for pilgrimage they first moved to Yamunotri, Gangotri and then heading towards Kedarnath - Badrinathji. Since then Uttarakhand is the place for Char DhamYatra.

The main attraction of the temple is the hot water source. Close to the temple are hot water springs gushing out from the mountain cavities. Suryakund is the most important Kund and the temperature is about 195 degrees Fahrenheit. The kund has special sound called “Om sound”. Devotees prepare rice and potatoes to offer at the shrine by dipping them in these hot water springs, tied in muslin cloth. Rice so cooked is taken back home as prasadam. Near the Suryakund there is a shila called Divya Shila, is the stone placed before the temple and it is a ritual to worship it before entering the sanctum. Water from Surajkund flows in to the Gaurikund which was built by Jamunabai and in the memory named as Jamunabai reservoir. Gaurikund water is comparatively cold, so devotees can bathe in the pond.

The temple is opened on the day of AkshayaTritiya, which falls in April – May for the visit by pilgrims and closes on Diwali day during October – November every year. Following the closure of the temple after this season, the entire region is grappled in silence being covered by white snow all around. 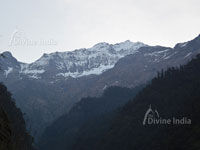 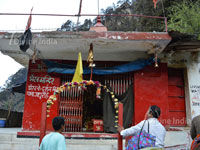 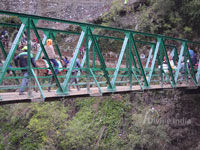 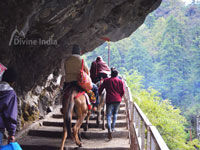 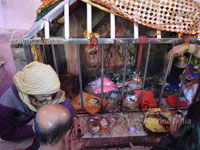 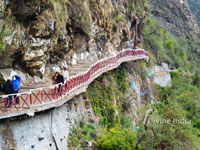 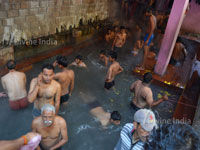 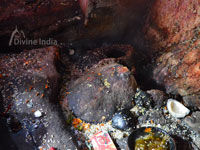 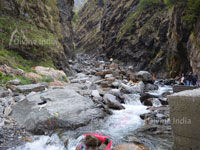 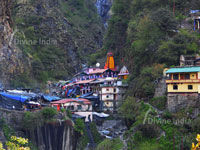 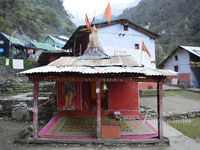 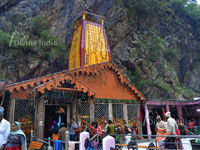