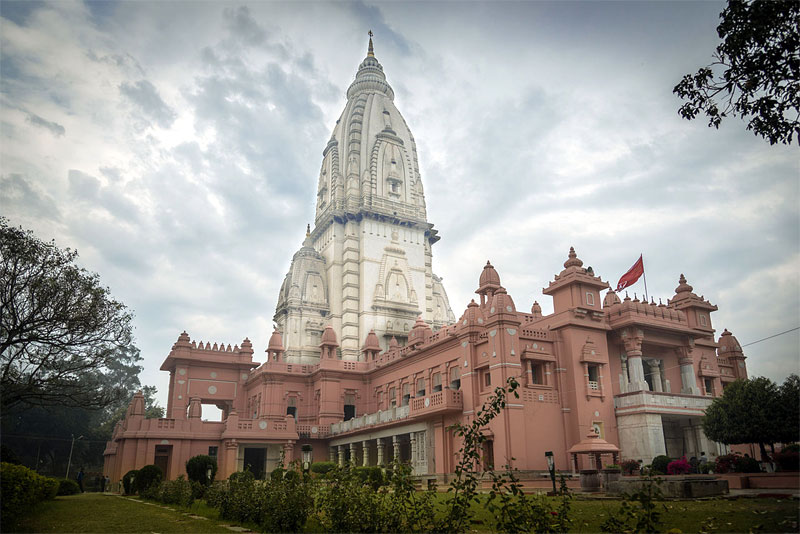 Shri Vishwanath Temple is the most prominent and famous temple among the groups of Birla Mandir. This temple has small big temples of all the Gods and Goddesses. The most prominent temple of which is that of Lord Shiva. There is a very beautiful idol of Nataraja form of Lord Shiva inside the Shri Vishwanath temple. The idols of Mata Parvati, Lord Ganesha, Panchmukhi Mahadev, Lord Hanuman, Saraswati and Nandi are also established. The entire text of the Bhagavad-gītā and the extracts of the sacred Hindu scriptures are inscribed with illustrations on the inner marble walls of the temple.

Sri Kashi Vishwanath Temple, which is located in Varanasi, was destroyed and rebuilt many times. It was destroyed in 1194 by Qutb-ud-din Aibak, between 1447–1458 by Husain Shah Sharqi and then in 1669 AD by Aurangzeb. In the 1930s, Pandit Madan Mohan Malaviya planned to build the Sri Kashi Vishwanath Temple on the campus of Kashi Hindu University. The Birla family built and laid the foundation in March 1931. The complete construction of this temple was completed in 1966, and it took almost 35 years to build the temple. The temple is one of the tallest temples in India. The total height of the temple is 77 meters (253 ft). The design of the temple was inspired by the Sri Kashi Vishwanath temple and the temple is made of red colored stone and mostly white marble.