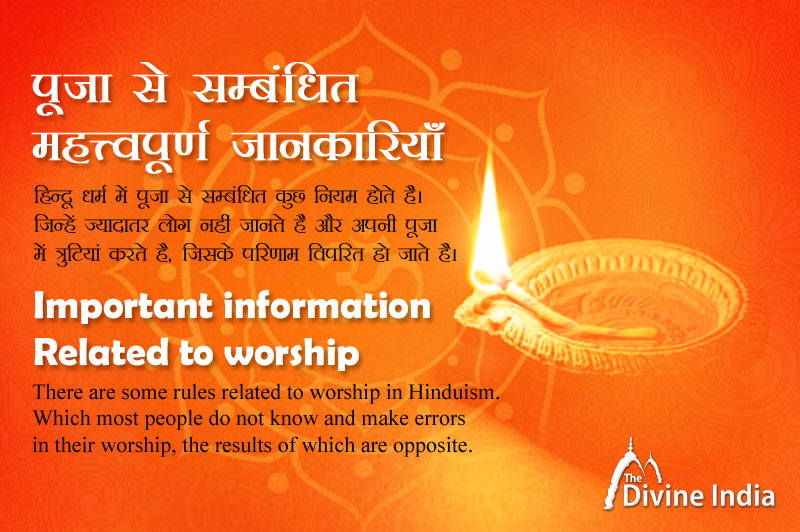 There are some rules related to worship in Hinduism. Which most people do not know and make errors in their worship, the results of which are opposite. Following are some such rules which should be followed -