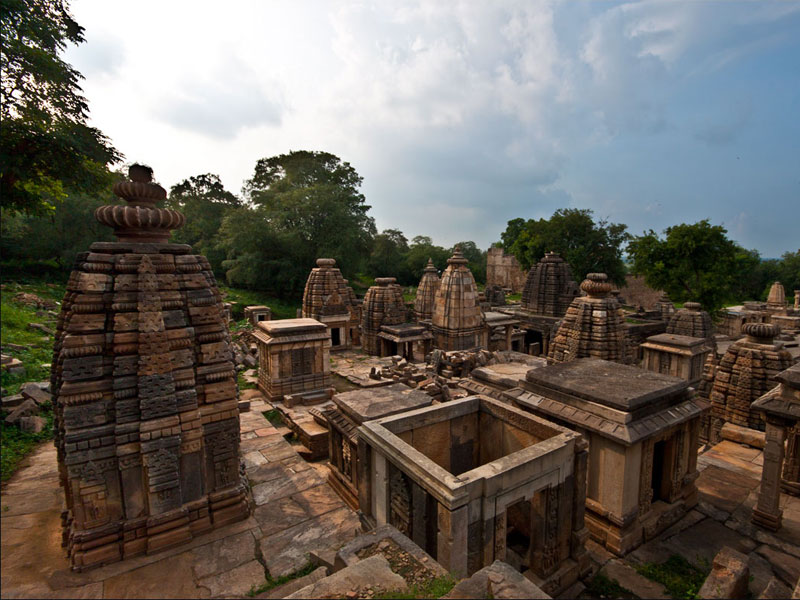 Bateshwar Temple is a group of Hindu temples of ancient temples. Which is situated about 30 kilometers from the city of Morena, Gwalior, Madhya Pradesh, India. There is a group of small and big 200 temples made of sandstone in the group of Beteshwar temple. These temples are now become ruins. The group of temples spread over 25 acres of land. According to Madhya Pradesh's Archeology Directorate, this group of 200 temples was built during the reign of Gurga-Pratihar dynasty. It is believed that all these temples are dedicated to Lord Shiva, Vishnu and Mother Shakti. Many statues of gods and goddesses can also be seen on the walls of these temples. This place is within the fort of Chambal river valley, its main medieval era is on the north-western slope of a hill near the Padavali known for the Vishnu temple. Lord Shiva is the largest temple in the group of these temples. Local people know this Shiva temple by name as Bhuteshwar. The group of these temples is also called the Batesvar temple or the Batesara Temple site.

These temples were destroyed in the 13th century, it has not been clear yet that the earthquake was destroyed or destroyed by Muslim forces.

It is believed by experts from Indian temple architecture that the construction of these temples was made between the 750-800 century. In 2005, several temples were rebuilt under a project by the Archaeological Survey of India, which can now be seen. The most important work in making these temples is Shri K.K. Muhammed was done. They had reconstructed all the pieces and again built temples, which is very difficult task. Which has now become the main attraction of Madhya Pradesh.

According to Gerd Mevissen, the Bateshwar temple complex has many interesting lintels, such as one with Navagraha, many with Dashavatara (ten avatars of Vishnu) of the Vaishnavism tradition, frequent display of Saptamatrikas (seven mothers) from the Shaktism tradition. The presence of Navagraha lintel suggests, states Mevissen, that the temple complex must be dated after 600 CE. The diversity of the theological themese at the site suggests that Batesvar was once a hub for temple-related arts and artists.