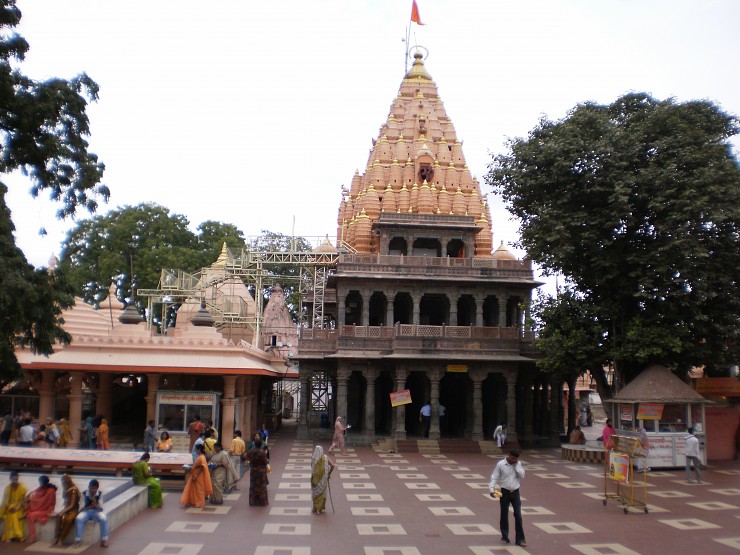 Mahakaleshwar Temple is dedicated to Lord Shiva. The temple is among the most famous temples of India. The temple is situated in the ancient city of Ujjain in Madhya Pradesh on the banks of Rudra Sagar lake. There is a big campus in this temple surrounded by large walls. There are five levels in this temple, one of which is underground. In this temple, Omkareshwar Mahadev Linga is placed in upper part of the temple in Garbha-graha. The idols of Ganesha, Parvati and Katikeya are placed in  West, north and East garbha-graha. The idols of the Nandi, the vehicle of Lord Shiva is placed in South.

There is a story associated with the establishment of Mahakaleshwar Jyotirlinga. According to the story, there was a king named Vrushbhasen in the Avantika state. King Vrushbhasen was a great devotee of Lord Shiva who used to spent a lot of time daily in the devotion and praise of Lord Shiva. A king from a neighbouring state once attacked his state and King Vrushbhasen was able to defeat him with his courage and valour. At this, the defeated king decided to attack him again using another way and took help from a demon who had a boon to become invisible. The demon used his boon and attacked King Vrushbhasen many times. To protect the kingdom from the demon, the king Vrushbhasen decided to take shelter at Lord Shiva’s feet.

Listening to the prayers of His devotee, Lord Shiva appeared there and saved the kingdom from the demon. The King then prayed to the Lord Shiva and requested Him to stay there for the protection of the people from the demon in the future also. The Lord Shiva agreed to his request and appeared in the form of Jyotirlinga there. Since the Mahakaleshwar is worshipped in Ujaain.

The devotees also see the ash(bhasm) used during worship of Lord Shiva otherwise they feel that the punya is reduced. Because of this reason to have a glimpse of the ash, there is a big congregation of devotees at the time of aarti. During the aarti, the burning ash is used to decorate Mahakaleshwar.

There is a kund near to Dakshin-mukhi Mahakaleshwar. The kund is also known as Koti kund. It is believed that this kund has water from different pilgrims(teertha).

Because of this, the devotees get the same fruits after taking bath in this kund as in other pilgrims. This kund was established by the great devotee of Lord Rama, Hanumana. The festival of MahaShivratri is celebrated with great shows and a big fete is also organised on this festival here. 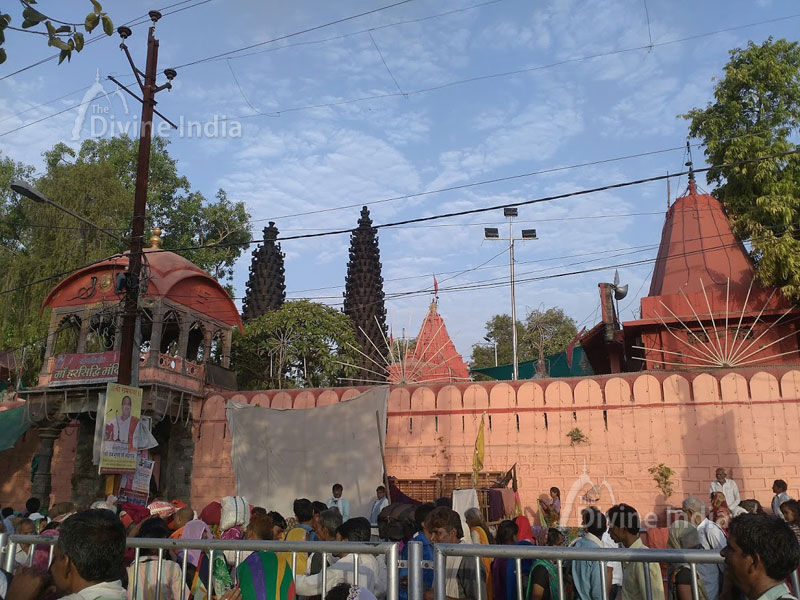 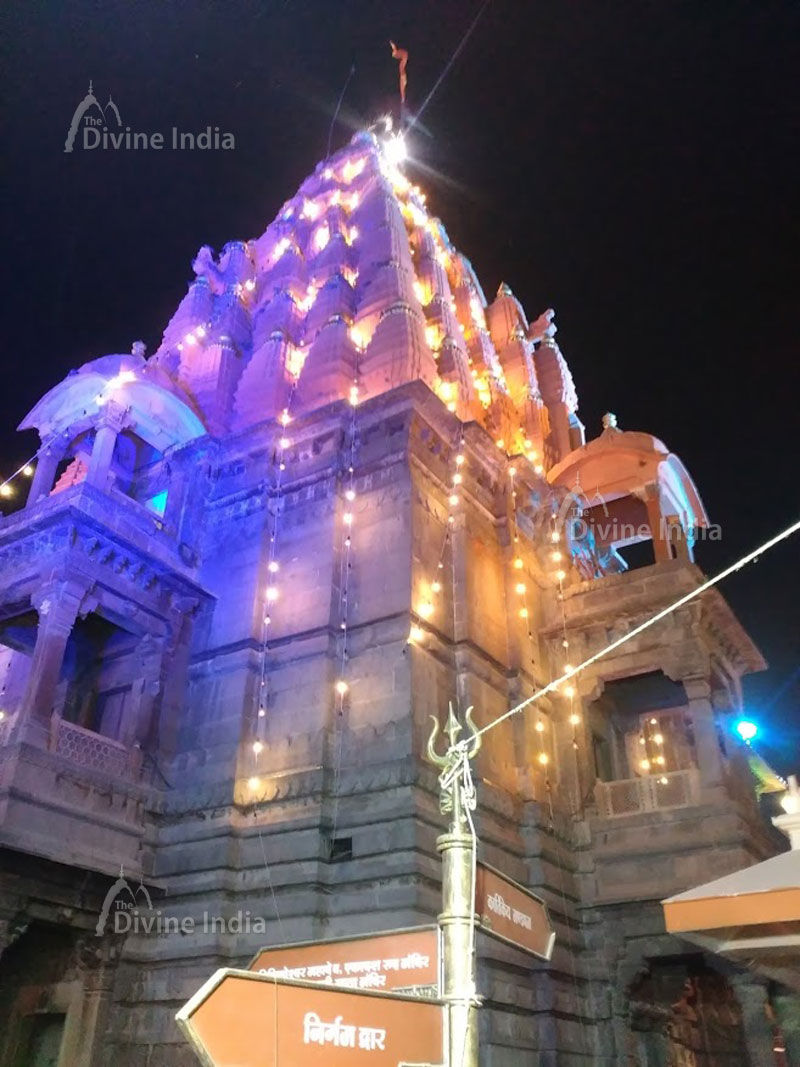 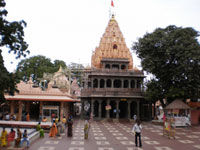 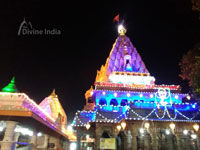 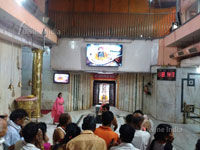 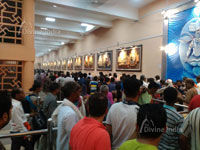 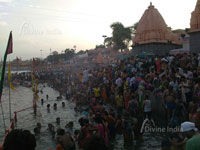 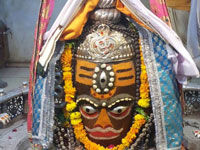