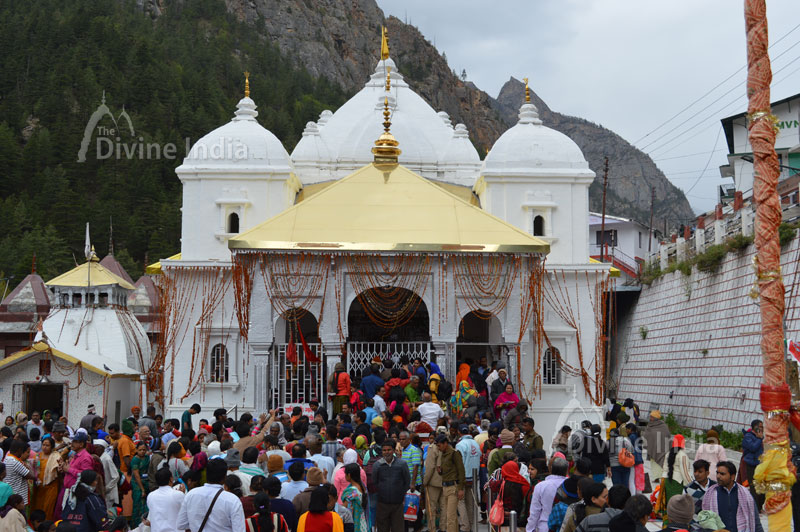 The Gangotri temple is fully dedicated to Goddess Ganga. The temple is cuddled in the heart of Uttarkashi district in the state of Uttarakhand, India and is located at a distance of 100 km from Uttarkashi. The Gangotri temple is the most pious and sacred shrine of Hindus. It is a Hindu pilgrim town on the banks of the river Bhagirathi and origin of River Ganges. Gangotri is the main religious places among the four Char Dham pilgrimage circuit and is located at an altitude of 3100 meters (10,200 ft.) above sea level. Gangotri is the home place of many ashrams, small shrines and temple.

Visited by hundreds of thousands pilgrims every year, the 18th century Gangotri temple constructed by Gorkha General Amar Singh Thapawhereas present Temple was reconstructed by the royal family of Jaipur.

According to Hindu Mythology, It is said that the Ganga is a result of reward given by lord “Shiva” to the king “Bhagirath” for his penance. However due to her pride and the fact that the earth would be devastated if Ganga came down in her full force, Lord Shiva caught her in his locks. The sacred stone near the temple denotes the place where Ganga first came down to earth. The Pandavas, it is said, came here to perform the great 'Deva Yajna'  to atone for the death of their kinsmen in the epic battle of Mahabharat. This pious and eminent temple is made of white granite shiny stones and is 20 feet high.

One can witness a natural rock formation in the image of a "Shivling", submerged in the river which is an amazing sight and reinforces beliefs among the people. Watching this amazing sight feels the direct sensation of divine power.At the beginning of winter when the river level drops significantly the holy Lingam is seen.

Devotees came here to experience Gangotri Yatra as it is feels amazing and can be shared during the months of May to June and September to October. Like holy Yamunotri temple, Gangotri temple also opens on the auspicious occasion of Akshaya Tritiya and valves are closed on the day of Diwali. The temple is closed during the winter because of heavy snowfall. 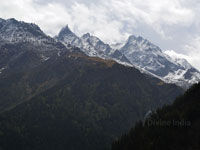 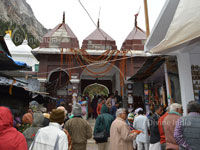 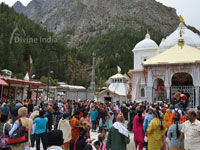 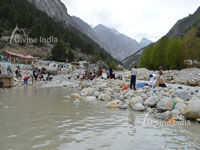 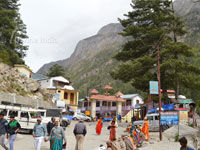 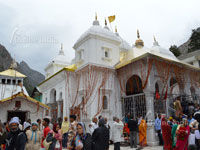