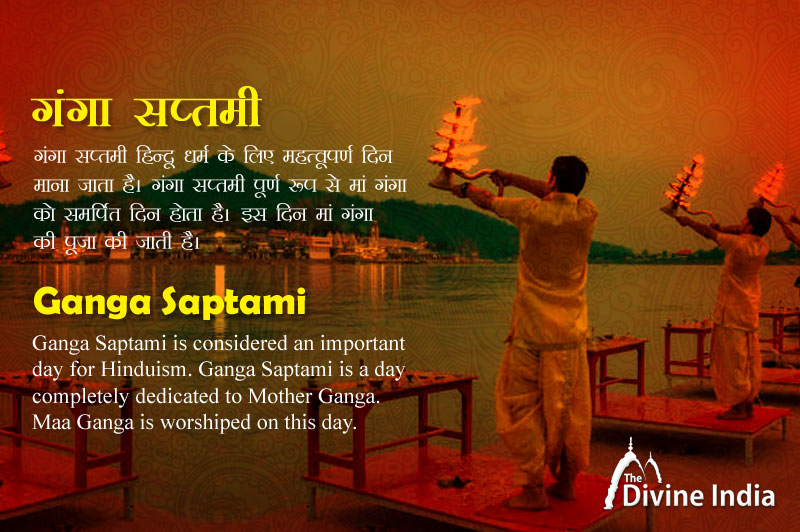 According to astrological calculations, if a person's life is under the influence of 'Mars'. So on the day of Ganga Saptami, after bathing in Goddess Ganga, one should worship Ganga.

The story and significance of Ganga Saptami The religious texts like 'Padma Purana', 'Brahma Purana' and 'Narad Purana' tell about Ganga Saptami. According to Hindu mythological beliefs, Ganga first appeared on earth on the day of Ganga Dussehra. Lord Shiva had absorbed the Ganges in his hair. Bhagiratha prayed to Lord Shiva for the salvation of his ancestors to free the Ganges from his hair. Goddess Ganga started walking on the path shown by Bhagiratha.

The ashram of sage Jahnu was destroyed by the flow of river Ganges. Sage Jahnu drank the Ganges river in anger. It was only after the request of Bhagirath and other deities, sage Jahnu once again left the Ganges on the seventh day of Shukla Paksha of Vaishakh month. Since then this day marks the rebirth of Goddess Ganga and is also known as 'Jahanu Saptami'. Being the daughter of sage Jahnu, Goddess Ganga is also called Jahnavi.