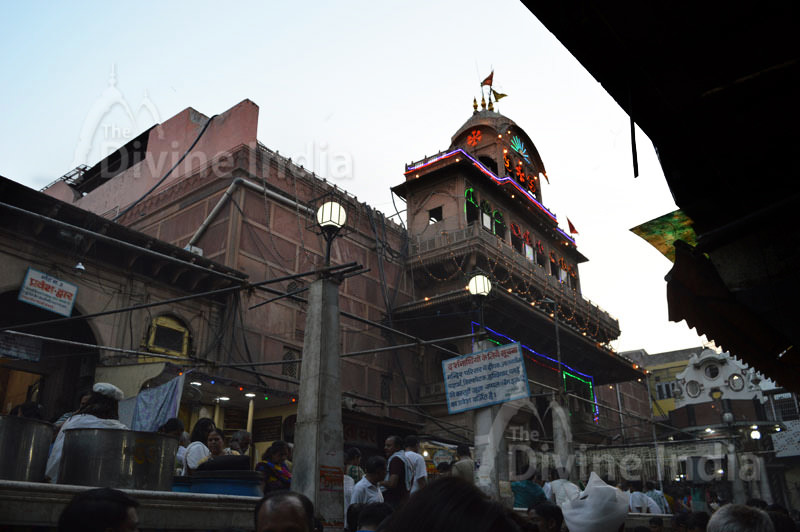 Shri Bankey Bihari Mandir is a Hindu temple dedicated to Lord Krishna. It is amongst the holiest and famous temples of Lord Krishna in India. It is located in Vrindavan city in the Mathura district. Bankey Bihari Temple is the most attractive temple of Vrindavan. This temple was constructed in 1864.

Bankey means bent in three places and bihari means supreme enjoyer. The image of Lord Krishna stands in the Tribhanga posture. It is believed that The Lord appeared in person with His divine consort and left a black charming image to one of His devotee Swami Haridas.

The Idol of the diety is black in color and it is very beautiful and attractive. The main attraction of the idol is the eyes of the diety, looking into which makes the devotees forget all of their sorrows and sufferings.

The diety is worshiped and looked after as a child. The services are offered to the diety in the same was as we nurture a small child. The two main festivals celebrated here are Janmasthami and Holi which are world famous. People from all over the world come here to celebrate these festivals. The other prime festival celebrated here is Jhulan Yatra, the swing festival of Lord Krishna,  in which the diety is placed on a number of very beautiful  silver-plated and also solid silver ornamented swings. On the main day of Jhulan Yatra i.e. the third day of the waxing moon, Shri Bankey Bihari is placed on a golden swing. In the temple the curtain before the deity are not left open for long time so as to save the devotees from the brilliance emitted from the eyes of the deity. In this temple the diety is woken gently in the morning unlike ringing loud temple bells. There are thus no bells rung even for Aarti so as not to annoy the diety. There is only chant of ‘radha naam’.

The various events are celebrated in different manner here. Mangala-arati is performed only once a year in this temple, on Janmasthami. Also the lotus feet of the Deity can be seen only on Akshaya Tritiya. The Deity can be seen holding a flute and wearing a special crown only on the autumn full moon day.

By Road  : Vrindavan is situated on Delhi-Agra NH-2. which is very well connected by buses running between Agra and Delhi. Mathura is just 12 km away.
temple is 7 km. away from National Highway. One can take tempos and rickshaw anytime.

By Train  : The major railway station nearby is Mathura. Several express and passenger trains connect Mathura from major cities of India like Delhi, Mumbai, Pune, Chennai, Bangalore, Hyderabad, Calcutta, Gwalior, Dehradun, Indore, and Agra. Though Vrindavan itself is a railway station. A rail bus runs between Vrindavan and Mathura 5 round in a day.

By Air  : The nearest airport is Agra just 67 km away from Vrindavan. The nearest international airport is Delhi, which is connected to almost every important city in the world with major airlines. There are regular flights to other important tourist destinations of India such as Delhi, Mumbai, Bangalore, and Chennai etc. 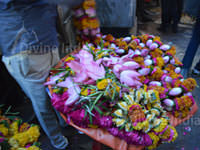 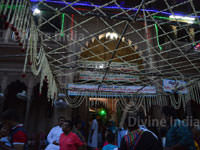 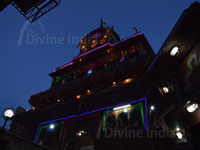 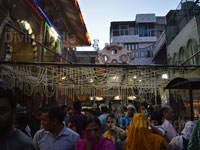 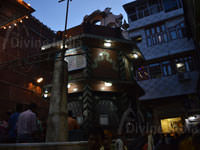 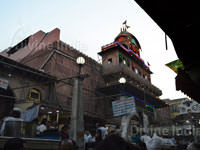 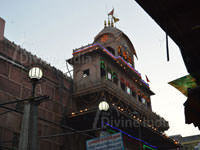 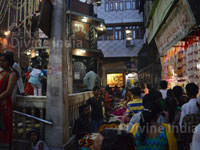