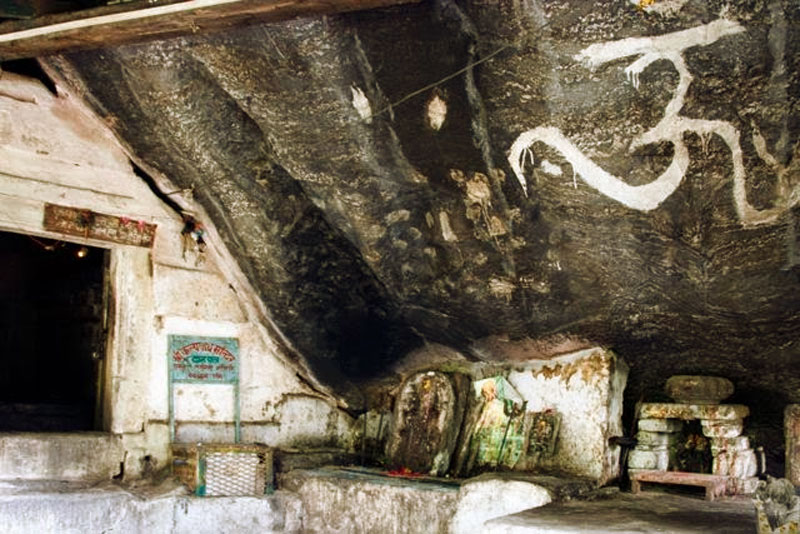 Kalpeshwar Temple is situated in the Chamoli district of Garhwal, Urmgam Valley, Uttarakhand, India. It’s Hindu temple dedicated to Lord Shiva. Kalpeshwar temple is one of the Panch Kedar’s and this is the fifth number in Panch Kedars. Which is at an altitude of 2,200 meters (7,217 feet) above sea level. Kalpeshwar is the only Panch Kedar temple which is available throughout the year. It's a small temple which had been made in stone cave. It is believed that lord shiva's hair was appeared in kalpeshwar. Lord Shiva's 'Jata' is worshiped in this temple. Therefore, Lord Shiva is also called ‘Jathedar’ or ‘Jateshwar’. The word 'jata' means 'hair'. Kalpeshwar Temple was built by the Pandavas. The architecture of Kalpeshwara temple is in the North Indian style.

According to a legend, When after the war of Mahabharata Pandavas wanted liberation from their sin, therefore Lord Krishna advised Pandavas that they would get the blessings of Lord Shankar. Therefore, Pandavas reached Varanasi to get the blessings of Lord Shankar, but Lord Shankar left Varanasi and hide in Guptkashi because Lord Shiva was annoyed with Pandavas, Pandavas had killed their dynasty. When Pandavas reached the Guptkashi then Lord Shankar reached Kedarnath where Lord Shankar had assumed the shape of the bull. Pandavas discovered Lord Shiva and received blessings from them. It is believed that When Lord Shankar disappeared in the form of a bull, the upper part of their torso appeared in Kathmandu. Now there is a famous temple of Pashupatinath. Shiva's arms appeared in Tungnath, mouth in Rudranath, navel in Madhyamaheshwar, hair in Kalpeshwar and Lord Shankar in the form of the shape of the back of Bull (hump), there is worshiped in Shri Kedarnath. Therefore, in these five places, Shri Kalpeshwar is called Panchkedar.

Travel to Kalpeshwar Temple can be visited by car and bike with good ground clearance. The road from Rishikesh to Lari village is very good but in some places the road becomes half kacha road which gets damaged during monsoon. Small cars are not advised to go this road. Lari village is run on foot from Kalpeshwar temple, which is aprox 2 km away.

Blog/Hinduism
Do you know? 8 such people will live till the end of the earth.