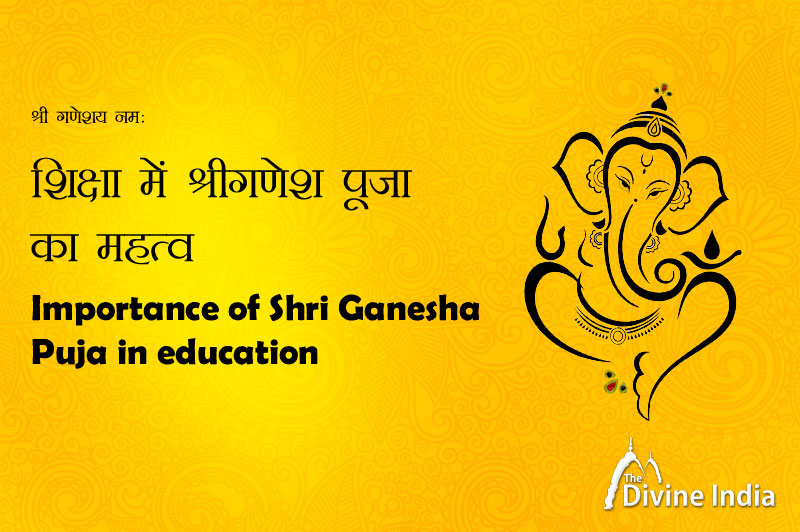 Lord Ganesha is also called the god of wisdom. Earlier, in every school of India, the teacher used to start teaching the children by first writing 'Shri Ganeshaya Namah' on the board and worshiping Lord Shri Ganesh. Every year Bhadrapada Shri Ganesh Chaturthi was worshiped with great pomp in all the schools, which was made just by seeing. The whole of India used to get painted in the color of Lord Ganesha's devotion and every child used to fall in love with him. Today, in all the schools of the same India, worshiping Lord Shri Ganesha remains far away, even his name is not taken. As long as the students kept on worshiping Lord Shri Ganesh and Mother Saraswati, the intellect of the children remained pure and pure. But ever since the students were freed from worshiping Lord Ganesha, worshiping was called hypocrisy, since then the intellect of these students got corrupted, the terrible consequences of which are visible in the form of immorality, indiscipline etc. The decline which did not happen during the Yavana rule or during the British rule, it happened. While imparting alphabet-knowledge to children, nowadays 'G' means 'Ganesha' and not 'Ganesh', but 'Donkey' is taught.