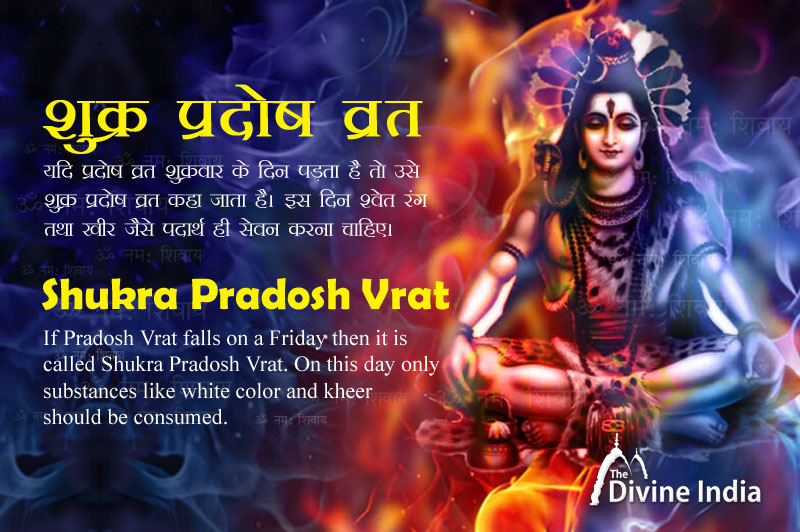 What is Shukra Pradosh Vrat

Three friends lived in a town. All three had a close friendship. One of them was a prince, the other a Brahmin son and the third a Seth son. The prince and the brahmin son were married and the son of Seth did not become a ‘gona’ after the marriage.

One day the three friends were discussing women among themselves. Praising the women, the Brahmin son said, "A woman-less home is a den of ghosts."

Hearing this word, Seth-son immediately decided to bring his wife. Seth's son went to his house and told his parents about his decision. He told the son that the god Venus was submerged. These days it is not auspicious to send off daughters-in-law from their homes, so after Shukrday, you should get your wife sent off.

Seth's son did not listen to his parents and went to his in-laws' house. Mother-in-law tried to explain a lot to Seth's son but he did not agree. So he was forced to leave his daughter.

After leaving the in-laws' house, the husband and wife had come out of the city when the wheel of their bullock cart broke and the leg of a bull was broken. The wife was also badly hurt. Seth-son continued to try to move forward. Then the bandits met and they took away the money and grains. Seth's son reached his house weeping along with his wife. As soon as he left he was bitten by the snake. His father called the doctors. He announced after seeing that your son would die in three days.

At the same time the Brahmin-son came to know about this incident. He told Seth to send your son back to the daughter-in-law's house along with his wife. All these obstacles have come because your son has brought his wife away in Shukrasta. If it reaches there, it will be saved.

Seth obeyed the Brahmin son and sent his daughter-in-law and son back to the daughter-in-law's house. As soon as he reached home, the condition of Seth's son started getting better. After that, he started fasting on Shukra Trayodashi and reading Shukra Pradosh Vrat Katha, so that the rest of his life was spent happily and in the end both the husband and wife went to heaven. Whoever reads and listens to Friday Pradosh Vrat Katha, gets all the desired pleasures.

Trayodashi tithi in May