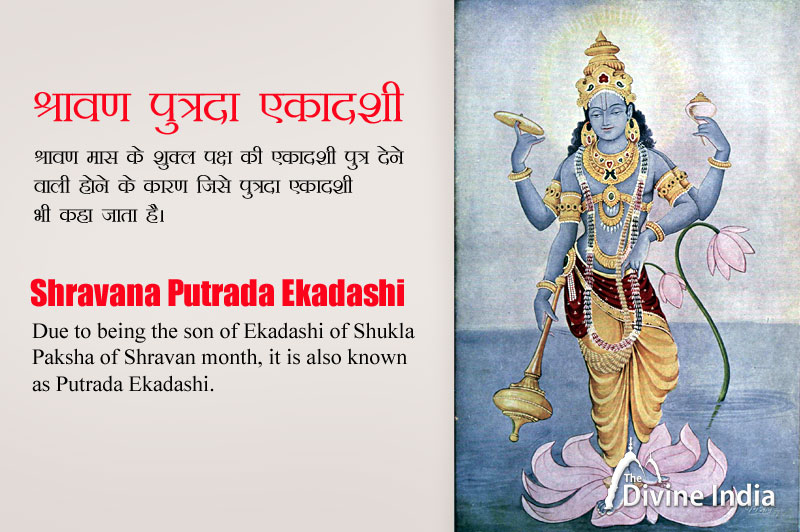 On this day, a 24-hour fast is observed and is especially worshiped by both spouses to Lord Vishnu, who does not have a son long after their marriage. This day is especially celebrated by Vaishnavites, followers of Vishnu.

A son is considered completely important in society as he takes care of parents in their old age in life and after performing Shraddha (ancestral rites) ensures the well being of their parents in life. While each Ekadashi has a different name and is set for certain goals, the goal of having a son is so great that it is called Putrada Ekadashi.

The legend about Pavitropana Ekadashi is narrated by Lord Krishna to King Yudhishthira in a grand Purana. King Mahajit was a rich and powerful ruler of Mahishmati who had no children. He called his learned men, sages and Brahmins to find a solution to their problem and asked for a solution to get children, but no one was unable to give a solution. The king reached the omniscient saint Lomesh. Lomesh finds that Mahjit's misfortune was the result of his sins in his previous birth. The sage said that Mahajit was a businessman in his previous birth. While traveling on business, the merchant once became very thirsty and reached the pond. There a cow and his calf were drinking water. The merchant removed them and drank water himself. This sin resulted in childlessness, while his good deeds resulted in his being born as the king of a peaceful kingdom. Sage Lomesh advised the king and queen to observe Ekadashi fast in Shravan on Pavitropana Ekadashi to get rid of their sins. As advised, the royal couple as well as their citizens kept a fast and prayed to Lord Vishnu and kept vigilantly reciting His divine name throughout the night. He also gifted gold, jewels, clothes and money to the Brahmins. His wish was fulfilled when a beautiful son was born to succeed him in his kingdom.