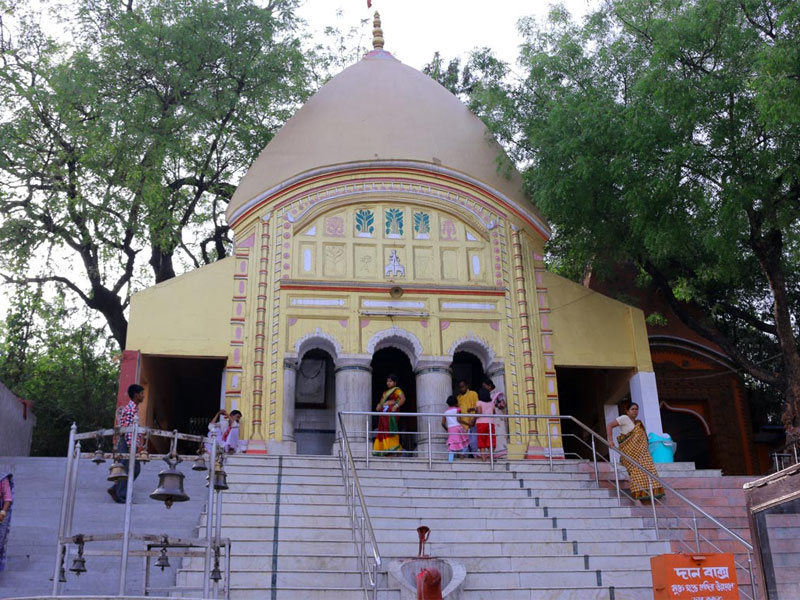 Nalhati Shakti Peeth is a sacred place for Hindus, which is located in Rampurhat of Birbhum district, in the Indian state of West Bengal (Kolkata). This temple is also known by the name of Nalateshwari. Nallahati Shakti Peeth is surrounded by hills and beautiful forests.

This temple is one of the 51 Shaktipeeths of Mother. In this temple, Shakti is worshiped as 'Kalika' and Bhairav ​​is worshiped as ' Yogesh '. According to the Puranas, wherever the pieces of the sati, the clothes or the ornaments held, have fallen, wherever Shaktipeeth came into existence. They are called the most sacred shrines. These shrines are spread across the entire Indian subcontinent.

According to mythology, Goddess Sati gave her life by jumping into the fire of Havan organised by her father King Daksheshwara. When Lord Shiva was running around the earth carrying her body then Lord Vishnu divided the body in 51 parts using his Sudarshan chakra. Out of those 51 parts, from which the throat or ‘nala’ of Sati fell to this place.

It is believed that 252th Bengali year or 'Bongapto', 'Kamdev' (Hindu deity of love and desire) who had seen this dream about the existence of this Shakti Peeth, in this nalhati forest, Mother Sati's 'Nala' Discovered. It is said that, under the original idol of the temple, the mother's 'nala' and throat is about. No matter how much water is being poured down the throat, it will never gets overflowed or dried up.

All the festivals are celebrated in Nalhati Shakti Peeth, especially in the festival of Durga Puja and Navaratri, special puja is organized. During these festivals, some people keep fasting (do not eat food) as a respect and dedication to God's worship. In the days of the festival, the temple is decorated with flowers and lights. The spiritual atmosphere of the temple provides peace to the heart and mind of the devotees.