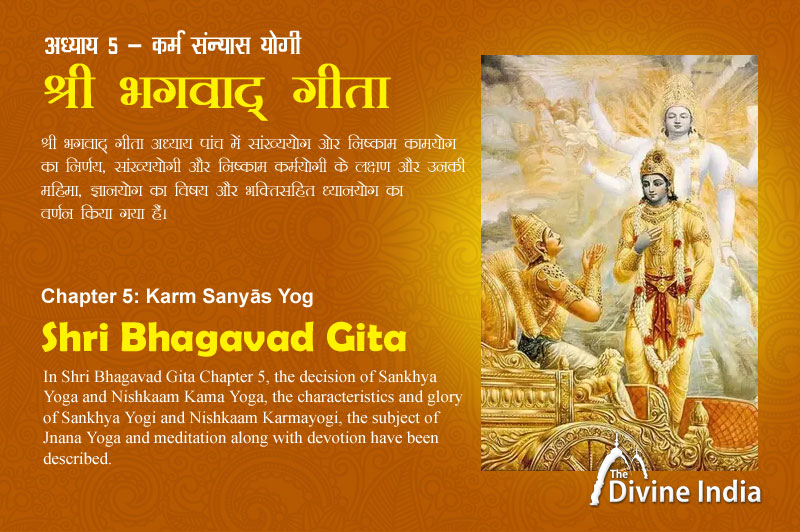 Meaning: The karm yogis, who are of purified intellect, and who control the mind and senses, see the Soul of all souls in every living being. Though performing all kinds of actions, they are never entangled.