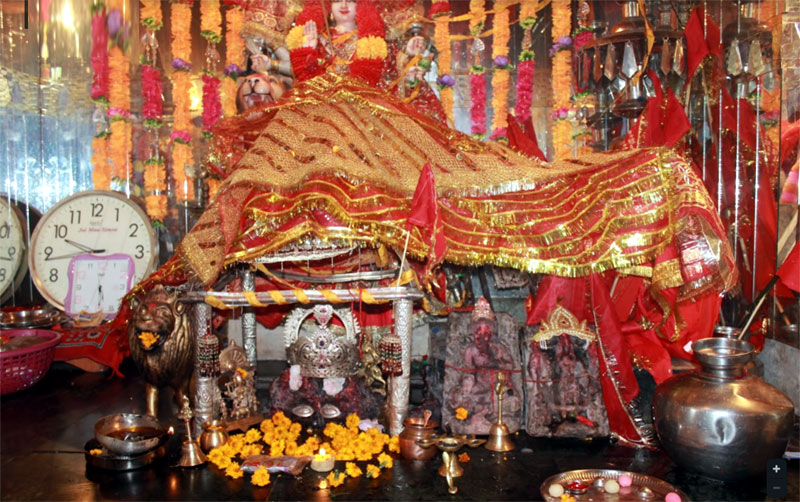 Temples of Simsa Devi are famous in North India especially in Himachal Pradesh, Punjab, Haryana and Delhi. How old and ancient this temple is, it is not yet known, but if the villagers around the temple believe it, then this temple is 400 years old.

According to ancient belief, the women who sleep in the temple day and night sleep on the floor of the temple and Simsa Mata comes in her dream and gives blessings to get children.

It is said that Simsa Mata also indicates the gender of the child in the dream itself. If a childless woman gets the fruit of guava in her dream, she will have a boy and if she gets a lady finger, it will be a girl. Apart from this, if the woman finds any metal, wood or object in her dream, it means that she will not have any child.

Special programs are organized in Navratri at Simsa Mata temple. During this, the Salindra or Selindra festival is celebrated here. Selindra means coming in a dream. It is said that this festival is very special and during this time childless women from neighboring states of Himachal Pradesh come to this temple to have a mother's darshan with the desire of children. After sleeping in the temple premises, the happiness of children is attained by the grace of Mother.