The fasts, festivals and Yatra in the month of Shravan Month 2023 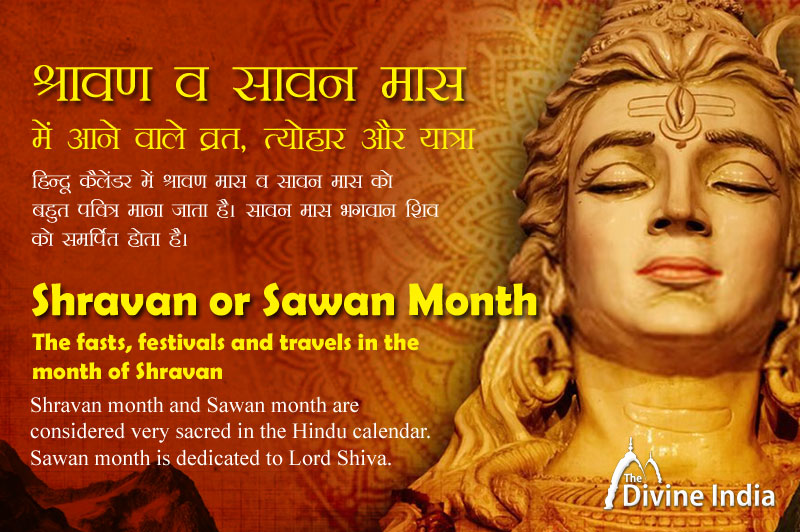 Why is the month of Sawan favorite to Lord Shiva?

According to Hindu mythology, when King Daksha insulted Lord Shiva, Goddess Sati, out of anger, sacrificed her body with yoga shakti at her father Daksha's house. Before leaving the body of Goddess Sati, she had vowed to have Mahadev as her husband in every birth. In her second birth, Goddess Sati was born as a daughter by the name of Parvati in Himachal and Queen Maina's house. Parvati observed a strict fast in the month of her youth, after being fasted, and pleased her and married her, only after which it became special for Mahadev.

The fasts, festivals and travels in the month of Shravan are as follows:-

Blog/Hinduism
Offer these things on Shivling, which makes Lord Shiva happy and get this benefit...