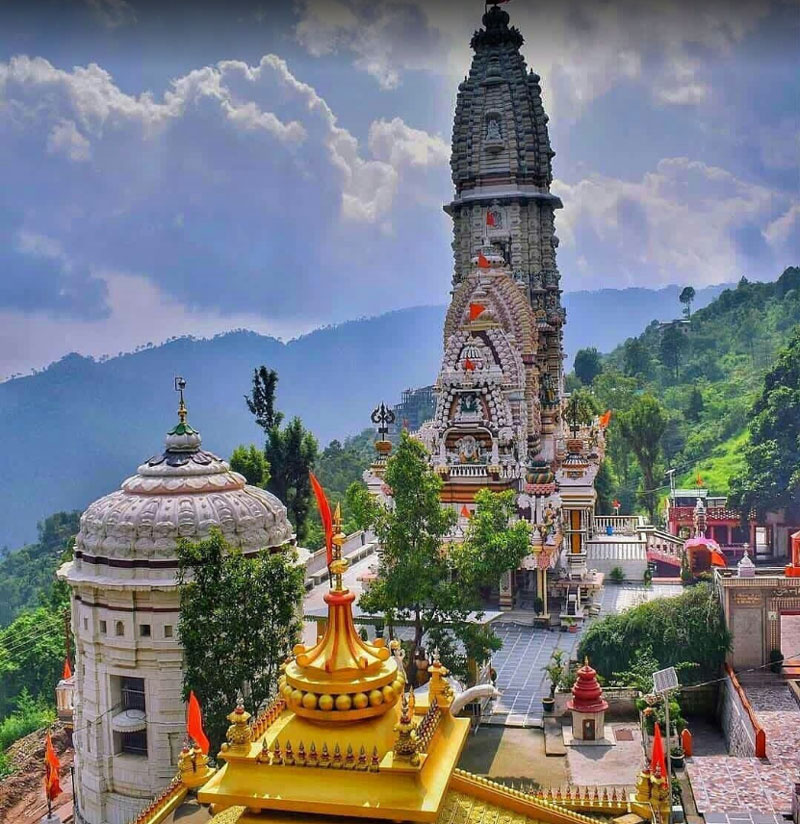 Jatoli Shiva Temple is a Hindu temple located in Jatoli village, Solan district in the Indian state of Himachal Pradesh. It is a Shiva temple. It is believed that this temple is the tallest Shiva temple in Asia. This temple was founded by Sri Sri Swami Krishnananda Paramahansa Maharaj. The name of this temple is derived from 'Jata' which is related to the long jatas of Mahodav. This magnificent Shiva temple is located in the beautiful gardens of Jatoli. There is also a natural Shiva cave in the temple for which devotees come to the temple to see it.

In addition to Lord Shiva, the Jatoli Shiva temple also houses idols of Mata Parvati, Ganesh, Karthikeya and Hanuman. The special thing about the temple is that this temple has been constructed with donations made by the devotees. Till now crores of rupees have been spent on the construction of the temple.

A specialty of the temple is that it is a unique piece of temple construction art, whose grandeur and charm is very pleasing.

Why is it Asia's largest Shiva Temple?

The construction of the temple was continued by the Temple Manangement Committee after Swami Krishnananda took samadhi. The temple has an 11 feet long Shiva linga of Lord Shiva. A huge gold urn is also installed, which makes it extremely special. The height of this temple is about 122 feet. The committee claims that it is the highest Shiva temple in North India. The Shiva temple at Jatoli will soon be set up and the life of Sphatika Shivling at a cost of 17 lakh rupees.

The Jatoli Shiva temple is one of the popular sacred sites of Solan which attracts a large number of pilgrims from all corners of the country. There are many stories and legends associated with this temple, one of which states that Lord Shiva went to this place and stayed for one night.