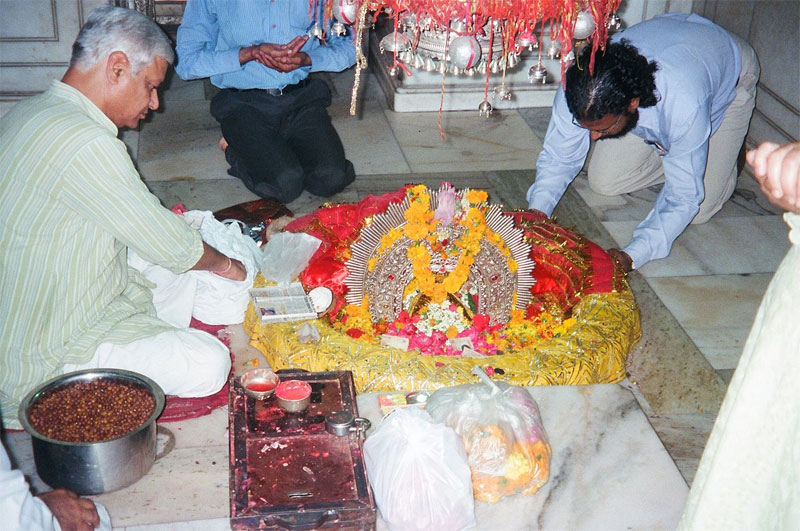 Yogamaya Temple, also known as "Jogmaya Temple", is an ancient Hindu temple dedicated to Goddess Yogaya. Yogamaya was the sister of Sri Krishna. This temple also attributes itself to the illusionary power of god also known as maya. The Yogmaya Temple is one of the unique temples in Delhi, located in Mehrauli. The temple is also known to be one of the five temples from the times of the Hindu epic Mahabharata. According to the local priest here, it is one of the 27 temples that Ghazni and later Mamluko had destroyed. This is the only living temple that has been used since the pre-Sultanate period.

The temple was renovated and reconstructed by Hemu, the Rajput king and converted from the ruins back to the temple.During Aurangzeb’s rule, an Importer Room was added to this temple, which was an unsuccessful attempt to convert this ancient temple to the mosque by the Mughals. When this kept getting repeated, Aurangzeb gave up this temple. And this is how it managed to survive. That long room has now been converted into a storehouse for the temple and is used to store the food items that are used to feed the needy.After the fragmentation of the temple, its original architecture (200-300B.C.) could never be rebuilt, but this temple was repeatedly manufactured by local residents.

The present temple is supposed to be built during the 19th century and has been a victim of repetitive deconstruction and reconstruction by the locals. The surroundings of the temple are not very elaborative but a small water body or johad, named as Anangtal after the king Anangpal which is now encircled by lush green trees.This temple is an integral part of Delhi's inter-faith festival, "Annual walk of flowers"

Set up in a place now called Mehrauli, Yogamata Temple was named Yoginipura in the Jain scriptures in the 12th century.The Yogmaya temple is believed to be one of the few temples in Delhi belonging to the Mahabharata period, constructed by the Pandavas after the war ended. Mehrauli is one of the seven ancient cities that make up the present state of Delhi. The temple was first renovated during the rule of Mughal Emperor Akbar (1806–37) by LalaSethmal. 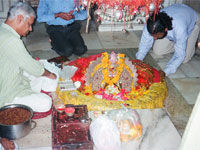 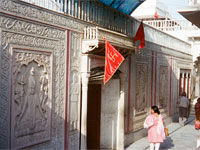 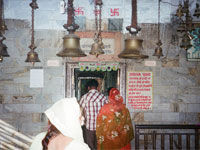 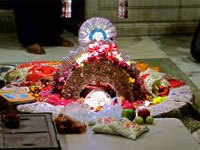 All about Goddess Yogmaya