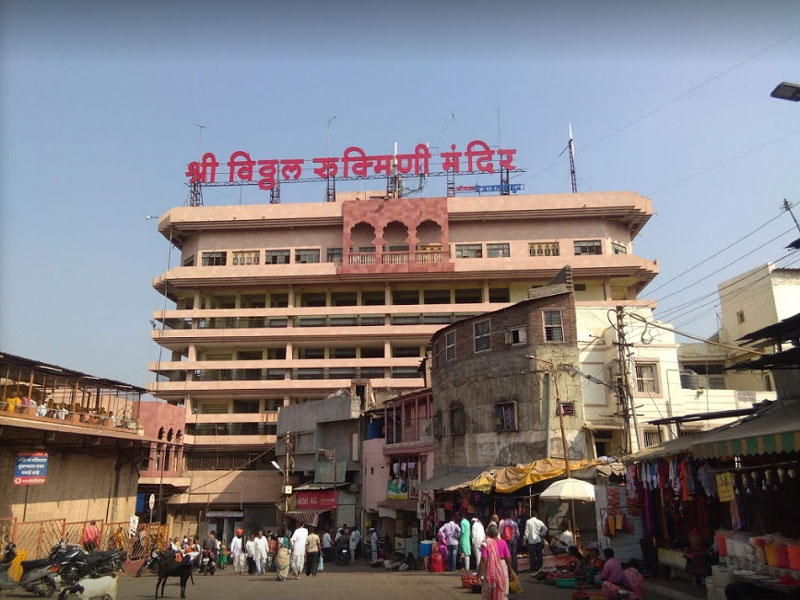 The Chandrabhaga or Bhima River, on whose banks is the Pandharpur temple, is believed to have the power to wash away all sins. All devotees are allowed to touch the feet of the statue of Vithoba.

Parts of the temple date to the 12th or 13th century, the existing structure being mainly of the 17th century or later, and reflect the later Deccan style, with domed motifs and lobed arches.