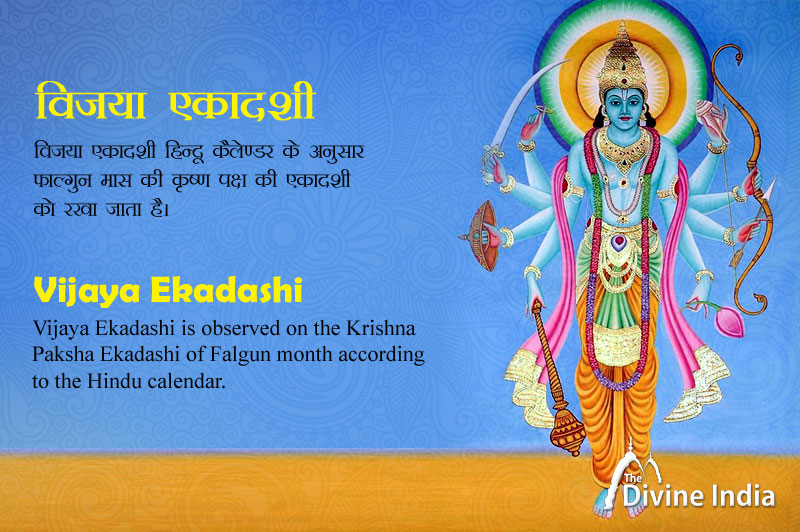 Vijaya Ekadashi is an important day in Hinduism. Vijaya Ekadashi is observed on the Krishna Paksha Ekadashi of Falgun month according to the Hindu calendar. There are about 24 to 26 Ekadashi in a year and each Ekadashi has its own special significance, thus also Vijaya Ekadashi. It is known by the name of Vijaya Ekadashi that this fast is the fast that gives victory. This fast has been described in Padma Purana and Skanda Purana.

Lord Vishnu is worshiped with full dedication on the day of Vijaya Ekadashi. The person observing the fast should wake up at sunrise and take a bath. A small idol of Lord Vishnu is placed at the place of worship and devotees offer sandalwood paste, sesame seeds, fruits, lamps and incense to the Lord. It is considered auspicious to recite 'Vishnu Sahasranama' and 'Narayan Stotra' on this day.

By observing the fast of Vijaya Ekadashi, a person gets victory over his enemies. In ancient times, many kings have been able to convert their definite defeat into victory due to the effect of this fast.