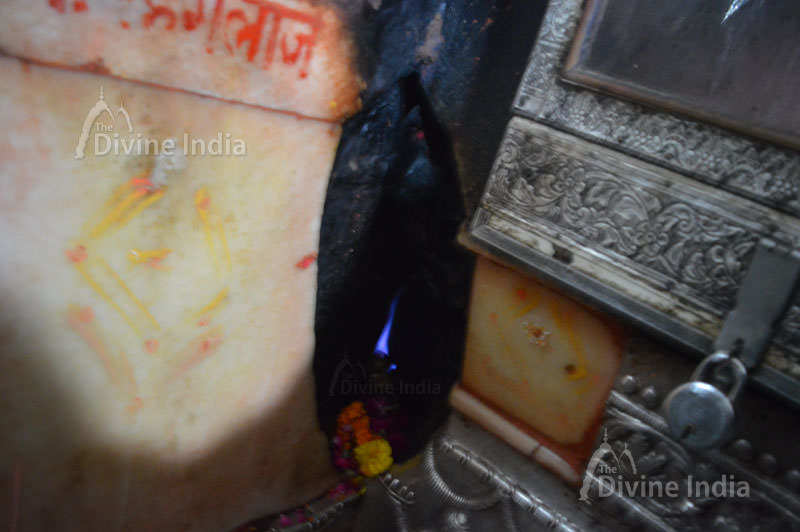 According to mythology, Devi Sati gave her life by jumping in the fire of the havan organised by her father king Daksheshwara. When Lord Shiva was walking around the universe carrying the dead body of Devi Sati then Lord Vishnu divided Her body in 51 parts using His Sudharshan Chakra. Out of those 51 parts of Devi Sati, Her tongue fell at this place and since then these flames are guarding the holy part of Devi Sati.

It is said that King Bhimichandra in Satyuga thought that the tongue of Devi Sati had fallen on Dhauladhar range of Himalaya mountain but he could not find out that place after so much of hardwork. After that he made a temple of Devi Sati in Nagarkot in Kangra. After few years, some people informed the King that they had seen a flame burning on a mountain. King Bhumichandra reached that place and started worshipping there. He also built a temple at that place. Two saints named Pt. ShriDhar and Pt. Kamlapati were called to perform the puja at that place. It is said that the present priests of this temple are descendants of these two saints. It is also said that Pandavas of Mahabharta era had worshipped at that place and also built the temple.

The sacred flame of Devi can be seen in nine different ways at Jwala ji temple. The flames can some times become less or more. It is said that Navdurga is the creator of 14 bhuvanas whose servants are Satwa, Rajas and Tamas gunas. The flame burning in the front of the door in the silver aisle is the form of Mahakali. This flame is brahma flame and is the bestower of Bhakti and Mukti. Rest of the flames are known as following.

Gorakh dibbi: This is a very holy place. The water here in a small kunda always appears to boil but it keeps cool by the grace of the Mother. Another  distinguished thing about this place is that a small flame burning on small kund appears to be very large in the water. This is also known as Rudra Kunda. This place is slightly above Jwala temple. It is said that Guru Gorakhnath did penance at this place.  He kept his dibbi with his disciple Siddha Nagarjun and went to bring khichdi but did not return and the water in the dibbi did not become hot.

Shayan kaksha: This is the place where the Devi  takes rest. There is a bed made of marble in the centre of the main hall which is decorated with silver.  At 10:00 pm, after the aarti is offered to the devi, the clothes and cosmetics  are placed in the room along with water and daatun. The idols of Mahadevi, Mahakali, MahaSaraswati and Mahalakshmi are built all over outside the room. The manuscript of Guru Granth Sahib given by Guru Gobind Singh is also safe in the room. 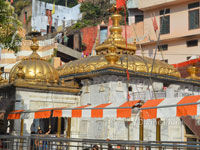 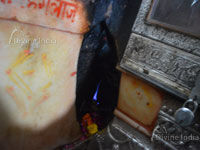 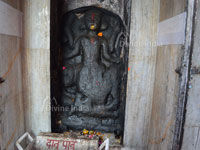 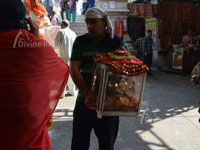 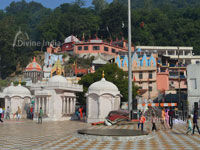 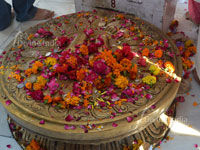 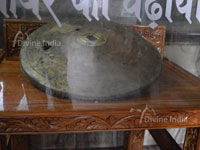 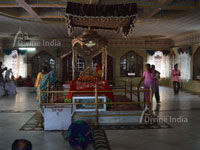 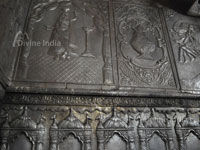 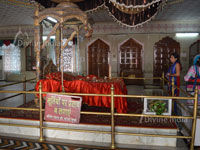 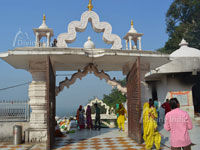 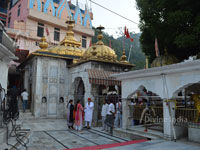 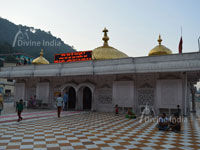 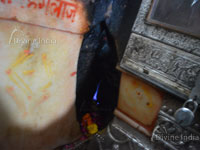