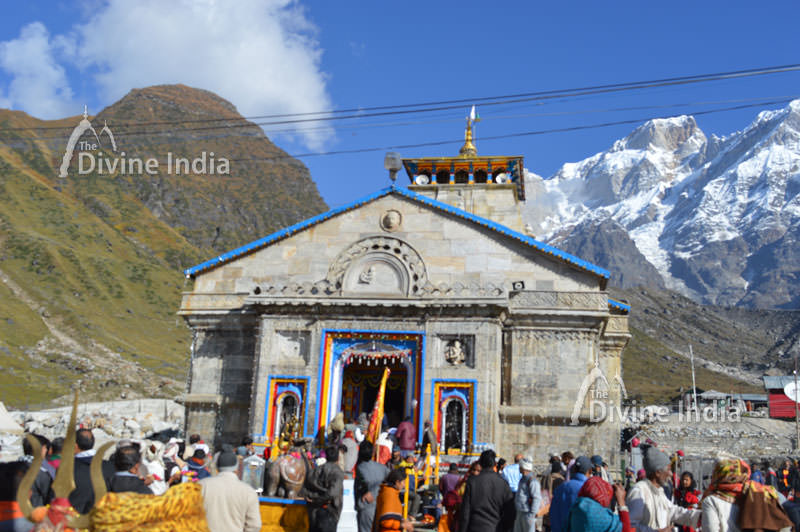 Kedarnath temple is one of the sacred pilgrimage of Hindus. Kedarnath temple is a part of Char Dhams and Panch Kedar in Uttarakhand and one of the 12 Jyotirlingas of Lord Shiva in India. Swyambhu Shivling located in the temple is immemorial. This ancient and magnificient temple is located in the Rudra Himalaya range in Uttarakhand, India. Due to extreme weather conditions, the temple is open only between the ends of April (Akshaya Tritriya) to Kartik Purnima (the autumn full moon, usually November).

This temple, over a thousand years old is built of massive stone slabs over a large rectangular platform. Ascending through the large gray steps leading to the holy sanctums we find inscriptions in Pali on the steps. Outside the temple door a large statue of the Nandi Bull stands as guard. The origin of the revered temple can be found by Pandavas and revived by Adi Shankaracharya.

Kedarnath temple is a great recognition among devotees. Badrinath and Kedarnath in Uttarakhand, these are two most prominent sacred pilgrimages, particularly for the Hindus. It is said that the person who takes a trip to Badrinath, without Kedarnath their journey is sterilized and deity of Nara-Narayan wished that, for the welfare of the humanity.

It is cast on the Himalayan peak that incarnation of Lord Vishnu KedarMahatapaswi Nar and Narayan was austere sage. Lord Shiva was pleased with their worship and therefore appeared revered as God has given to live there permanently. The site is located on Kedar peak in Kedarnath in the Himalayas.

According to legends, the Pandavas sought the blessings of lord Shiva to atone their sin after the battle of Mahabharata and was named Panchkedar. Lord Shiva eluded them repeatedly and while fleeing took refuge at Kedarnath in the form of a bull.On being followed he dived into the ground, leaving his hump on the surface. The remaining portions of Lord Shiva appeared at four other places and are worshipped there as his manifestations.

The arms appeared at Tungnath, the face at Rudranath, the belly at Madmaheshwar and his locks (hair) with head at Kalpeshwar.  Kedarnath and the four above mentioned shrines are treated as PanchKedar.

The Kedarnath valley in July, 2013 was hit with unprecedented flash floods and landslide. Flash floods damaged the temple. The main part of the centuries-old historical temple dome unharmed. 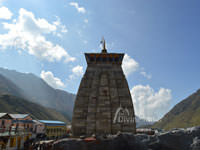 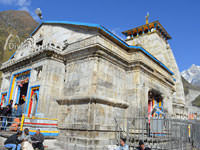 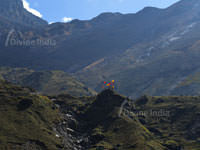 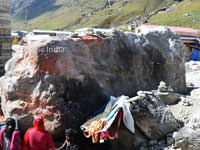 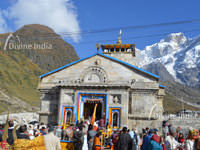 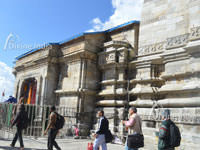 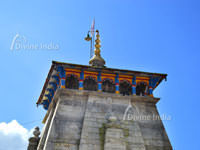