The glory of chanting the name of God 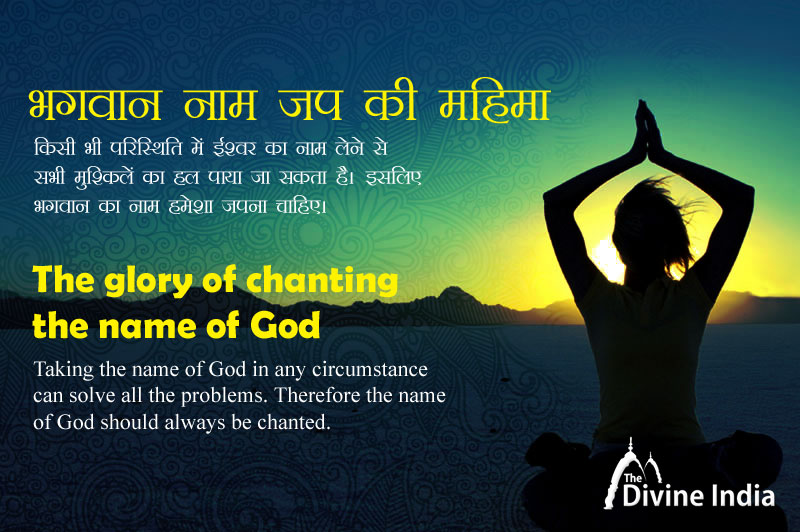 Once someone asked Tulsi Das ji - 'Sometimes he does not feel like doing devotion, yet he sits down to chant the name, does he get any fruit'?

That is, when the seeds are sown in the ground, it is not seen that the seeds are lying upside down or straight, but even then the crop is formed, in the same way, no matter how the name Sumiran is done, the fruit of its Sumiran is definitely received.

The glory of chanting and chanting is so great that the praise of chanting the name of God has been sung in all the Vedas and Puranas. The name of God is taken by targeting the particular Deity of God. How long has he been absorbed in the five elements, yet it is the sentiment of the devotee and the promise of the scriptures that chanting the names of Rama, Krishna, Sri Hari and Shiva etc. gives infinite results.

That is, those who utter the name of the two syllable 'Hari' of God, they become free from its mere utterance, there is no doubt about it.

Blog/Hinduism
Know about the famous Temples of Varanasi