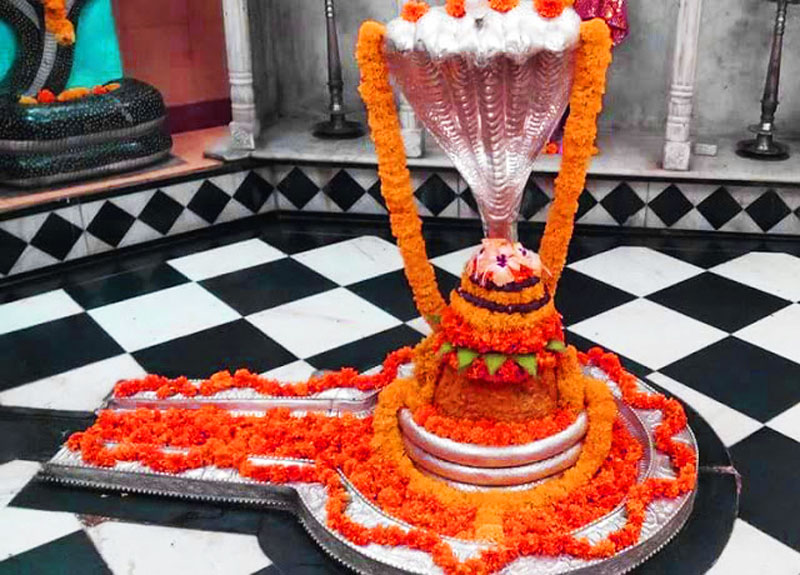 Nageshwar jyotirlinga is one of the major shrines of Hindus and is solely dedicated to Lord Shiva. The templeis located at a distance of 17 kilometers from Dwarka province district Jamnagar in Gujarat. Nageshwar Jyotirlinga is imbibed in the twelve Jyotirlingas of Shiva and is given tenth position among them. According to Hinduism the Nageshwar God is the God of Nagas (serpents). Scriptures stated that one has attained glory with the visit of Lord Shiva’s Nageshwar Jyotirlinga.

The sanctum is situated at the lower level from the gathering inside the temple. Lord Shiva’s linga is also there in the sanctum. Male devotees can enter only by wearing dhoti inside the sanctum, only when they have to make anointment. Male and female can enter the sanctum for the vision of Lord wearing Indian attire only.

Nageshwar Jyothirling inside the temple is of medium size, on top of which there is a silver cloth.A shape of silver snake remains on the Jyotirlinga. There is an idol of Goddess Parvati set up behind Jyotirlinga.

According to Mythology there was a Vaishyanamed  Supriya. He was a great devotee of Lord Shiva and offered all his work to God Shiva. His mind, words and deeds were wholly dedicated to Lord Shiva. Due to hisdedication and devotion a demon named Daaruka remains angry from him.

After hearing about his devotion the demon got more aggressive and visited Supriya in prison. Even after demon’s arrival, theresentment is not affecting his meditationhe became more frustrated and instructed his slaves to kill Supriya. Supriya was not fearful and unfazed by his order.

Supriya with other accompaniments started calling Lord Shiva upon which he appeared and rescued them. Lord Shiva was pleased with this devotion and appeared in a high place in the prison as Lord Shiva Jyotirlinga, situated on a bright throne.

Lord Shiva appeared and thus bestowed upon him by giving a weapon, Paasupata Astram. Supriya went to Shiv dham after killing the demon and his assistants with the weapon. Since then this Jyotirlinga is established there, and was named Nageshwar.

The location of Nageshwar is not verified by devotees. Some people believed that it is situated in Hingoli district in Maharashtra; at a place near Audhgram near Purna in Andhra Pradesh and another near Almora in Uttar Pradesh. In spite of all these differences every year millions of devotees come to visit, worship and consecration Nageshwar Jyotirlinga temple located near Dwarka in Gujarat.