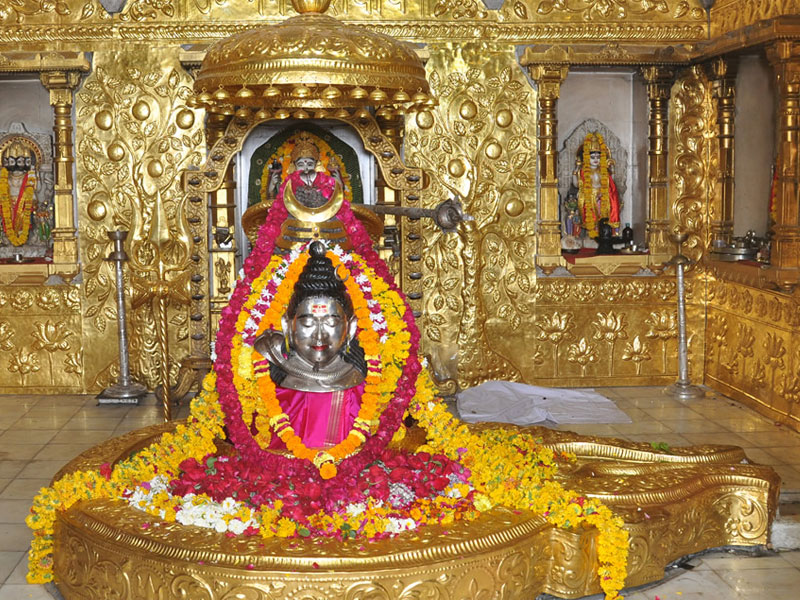 Mobile, Camera & electronics equipments are not allowed in temple premises.

The Somnath Temple is known as the eternal shrine of Hindus whose glory and fame are legendary. The temple is located in Prabhas Patan near Veraval in Saurashtra on the western coast of Gujarat, India. It is an important pilgrimage and tourist spot of Gujarat. Somnath is one of the 12 jyotirlinga shrines of God Shiva and is considered first among the twelve Jyotirlings. According to legend, Chandra (Moon God) constructed the temple. The Somnath temple finds proud mention in Rig Veda. Somnath means "The Protector of the Moon god" and The Somnath Temple is known as "The Shrine Eternal". ThereforeLord Shiva is also known as Someshwari. e., “Lord of the Moon”.

Somnath temple is a symbol of the history of the rise and fall of the Hindu religion.This legendary temple is said to have vandalized numerous times in the history but with the help of zealot Hindu Kings the temple was rebuilt each time.. After that more than two hundred years passed before Sardar Vallabhbhai Patel finally took upon himself the responsibility of constructing it once again in the year 1947 and completed in 1951. On December 1, 1995, Indian President Shankar Dayal Sharma dedicated it to the nation.

Somnath Temple is world famous religious and tourist destination. There is an hour show (7:30 – 8:30) of sound and light in the temple premise which is a very beautiful pictorial description of the history of the Somnath temple. According to folklore, this is the place where Lord Krishna had departure and this is reason of its increased importance.

Ancient Indian traditions maintain a close relationship of Somnath with release of Chandra (Moon God) from the curse of his father-in-law Daksha Prajapati. Moon was married to Twenty-Seven daughters of Daksha. However, he favored Rohini and neglected other queens. The aggrieved Daksha cursed Moon and the Moon lost power of light. With the advice of Prajapita Brahma, Moon arrived at the Prabhas Teerth and worshipped Lord Shiva. Pleased with the great penance and devotion of Moon, Lord Shiva blessed him and relieved him from the curse of darkness. Thus the temple is dedicated to the Lord Shiva who is the residing deity of this temple and named as Somnath.

Another legend tells that a place name Bhaluka where Krishna, reclining under a tree, was shot in the foot by a Bhil huntsman who had mistaken him for a deer. Limping a long way eastward, Lord Krishna abandoned his body with a last breath and heading towards Vaikunth Dham. A beautifulKrishna temple has been made at this site.

The temple has been deconstruct and reconstructed many times. Somnath temple was demolished by several kings, Arabic governor, Junayad VIII of Sindh century broke the temple and rebuilt for the third time by the Pratihara king Nagabhattta II in 815 A.D. In 815 A.D., the temple was totally destroyed, plundered and looted in a most horrible way by Mahmud Ghaznabi and afterwards the king Bhima of Gujarat and king Bhoj of Malwa rebuilt the temple together. Fifth Mughal emperor Aurangzeb, who dropped it again in 1706 and recently in 1947 Sardar Vallabhbhai Patel renovated Somnath Temple.

Meanwhile, Jyotilinga established in the temple was fragmented and deconstructed several times. The temple was rebuilt every time with the reconstructive spirit of the people. The modern temple was reconstructed with the resolve of Sardar Patel who visited the ruins of Somnath temple on November 13, 1947. Then President of India, Dr. Rajendra Prasad, did the Pran-Pratistha at the existing temple on 11 May 1951. 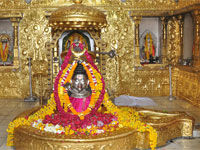 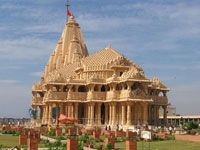