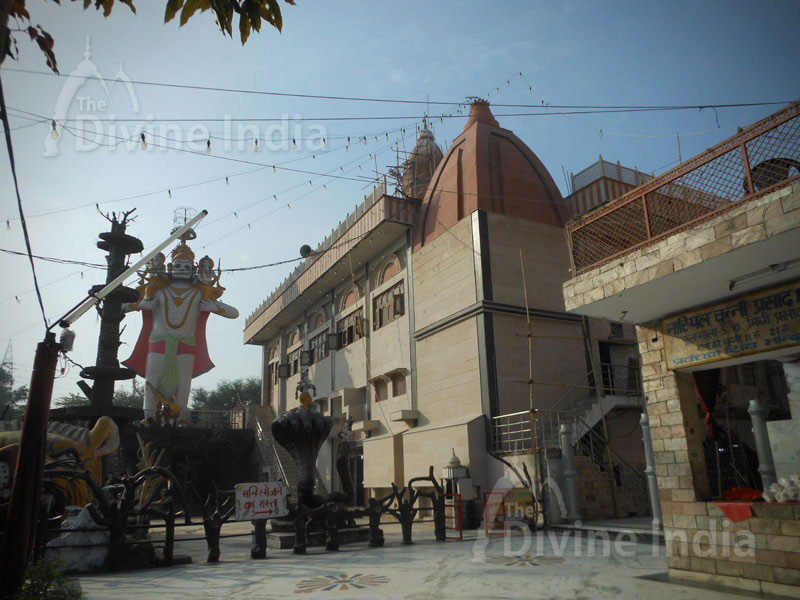 Shiv Mandir Gufawala located at Preet Vihar, East Delhi is approx 22 years old. Shiv Mandir is one of the most famous temples and very beautiful temple of East Delhi. The temple receives a large number of devotees throughout the year. The devotees are blessed with happiness, peace and good health. There is a huge Lord Ganesha & Lord Hanuman idol which are the main attraction of the temple. A large cave gives the feel of Vaishno Devi temple and inside the cave is statue of Maa Vaishno Devi and Lord Hanuman. At the exit of the cave is a statue of Lord Bharonnath. The cave has been decorated at a grand scale and an idol of Lord Shiva has been constructed on the top of the Cave. There is another small cave (Gufa) and main attraction of the cave are idols of all the dieties like Maa Katyayani Devi, Maa Jawala Devi and Maa Chintpurni.

Many festivals are celebrated in Shiv Mandir Gufawala. The temple is a major attraction for devotees during Navratra. On the occasion of Durga Puja and Navratra, a special Puja is organized here. The temple is decorated with flowers and lights. The temple's spiritual environment give peace of mind and heart to the devotees.

Devotional Materials/Mantra
Navgrah Mantra - According to the planets, chanting mantras for their peace