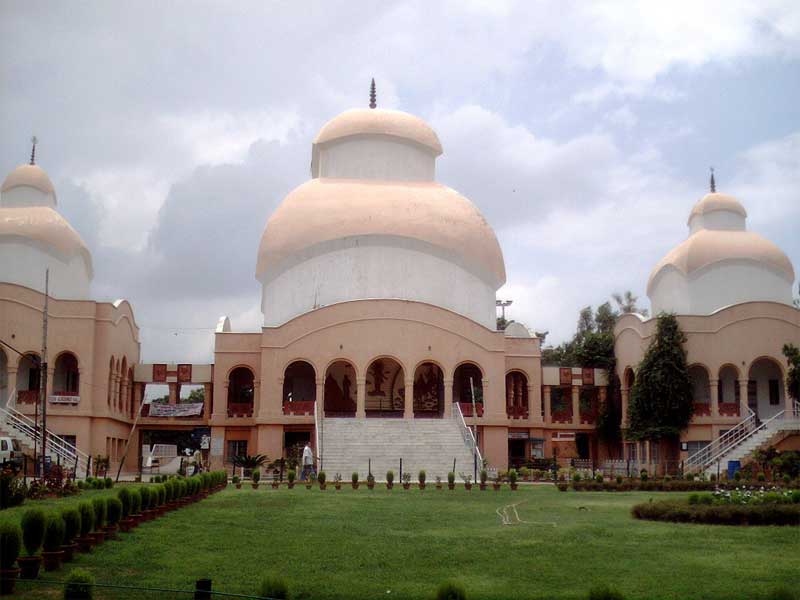 Kali Temple or Kali bari is located in chittranjan park, Delhi. The temple is dedicated to Goddess Kali. This temple has become a cultural hub for the people of Bengali community. A number of cultural as well as religious programmes are organised here throughout the year. All these events are organised by Chitranjan park, Kali Temple society.

The temple is built on top of a small hill. The temple’s foundation was laid in 1973 and initially it was a temple dedicated to Lord Shiva. Durga puja was first organised in this temple in year 1977. Later on, in 1984 a fabulous Kali temple was constructed in this temple complex. This temple reflects the Bengali terracotta architecture. The temple is today known as “Chitranjan park Kali mandir.” There is a temple each dedicated to Goddess Kali, Lord Shiva and Radha Krishna in the temple complex. The main attraction of this complex is Kali temple. The other two temples are on the right and left side of the main temple. All the Hindu festivals are celebrated in this temple. Durga Puja is a prominent festival celebrated here with great pomp and shows.

Other Durga Mata Temples of Delhi