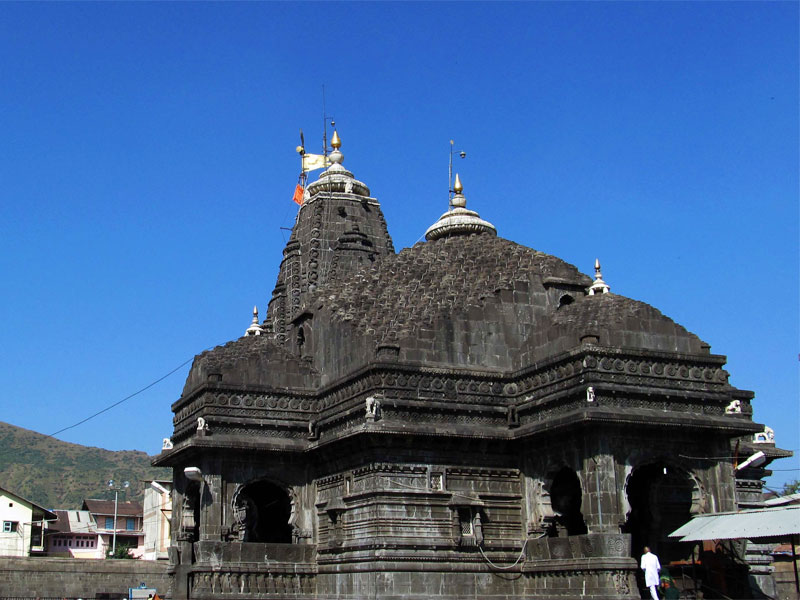 Trimbakeshwar Jyotirlinga temple is one of the most famous shrines of the Hindus and is solely dedicated to Lord Shiva. It is located in the town of Trimbak, in the Nashik District of Maharashtra, India, 28 km from the city of Nashik and 40 km from Nashik road.  Trimbakeshwar enshrines one of the 12 Jyotirlingas in India and is given eighth position among them.  The origin of the sacred Godavari River is near Trimbak.

Trimbakeshwar temple is located between three hills, namely Brahmagiri, Nilagiri and Kalagiri. One of the prior features of the temple is that there are thee Lingam presenting Brahma, Vishnu and Mahesh (a distinguished form of Lord Shiva). Other Jyotirlinga has only lingam of Shiva. A kund (tank) located in the temple is known as Amritwarshni.  There are also three other water bodies in the temple named Bilvatheertha, Viswananthirtha and Mukundathirtha. There are images of various deities, namely, Gangadevi, Jaleswara, Rameswara, Gautameswara, Kedarnatha, Rama, Krishna, Parasurama and Lakshmi Narayana. The temple has also several monasteries and samadhis of saints. There are 700 stairs made up for the Brahmgiri Mountains of Shivpuran. After climbing these stairs there found Ramkundand Lakshmankund and after reaching the top of the peak of Bhagwati Godavari originating from the Gomukh appears. The reconstruction of the ancient Trimbakeshwar temple was built by third Peshwa Balaji i.e., Nana Sahib Peshwa. The temple's restoration began in 1755 and was completed after long period of 31 years in 1786. It is said that the cost in the construction of the temple around 16 million were made, which was considered quite a large amount at that time.

According to the legend the ancient  Tribak was the sage of Saint Gautama. Gautama Rishi, to get rid of his sin of slandering of a cow pays up a harsh austerity and in return asked a boon to Lord Shiva to incarnate the Ganga from here. This resulted in the origin of Ganga namely Godavari river to the south.

Requested byGautama, the origin of the Godavari was accepted by Lord Shiva and therefore sits on this place. Lord Shiv shambhu adorned with three eyes resides in this place and afterwards the place is known as Trimbhak (three eyes). Lord Trimbakeshwar is considered to be the king of the village like Omkeshwarand Ujjain. So every Monday, King Trimbkeshwar leaves for the city tour to learn about the ware bouts of his people. During the trip the Panchamukhi gold mask of the Lord Trimbakeshwar is rotated around the city in the chariot. Afterwards it is bathed in the Kushavarta pier located in the shrine. The mask is brought back to the temple and then adorned with diamond gold crown. This whole scene feels as the coronal-bit of Lord Trimbakeshwar and the vision of this whole trip feels extremely supernatural experience.

The birth of Kushavarta shrine is quite interesting. It was believed that Godavari frequently disappears from Brahmagiri Mountain. The Gautama surrounded the river with enchanted grass and put a vow to her with the help of a splint. Therefore there is always overflowing water in the reservoir. And hence the very reservoir is known as the Kushavarta shrine. Royal bathing also takes place in this kund.

At the time of MahaShivratri and the Monday monsoon devotees came in heavy numbers. There are special prayers of Kalsarpa yoga and Narayan Nagbali performed and is the reason to which people came throughout the whole year. 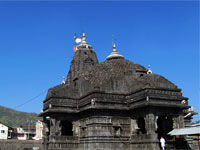 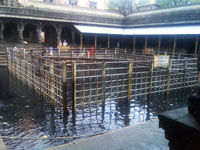 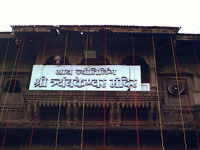