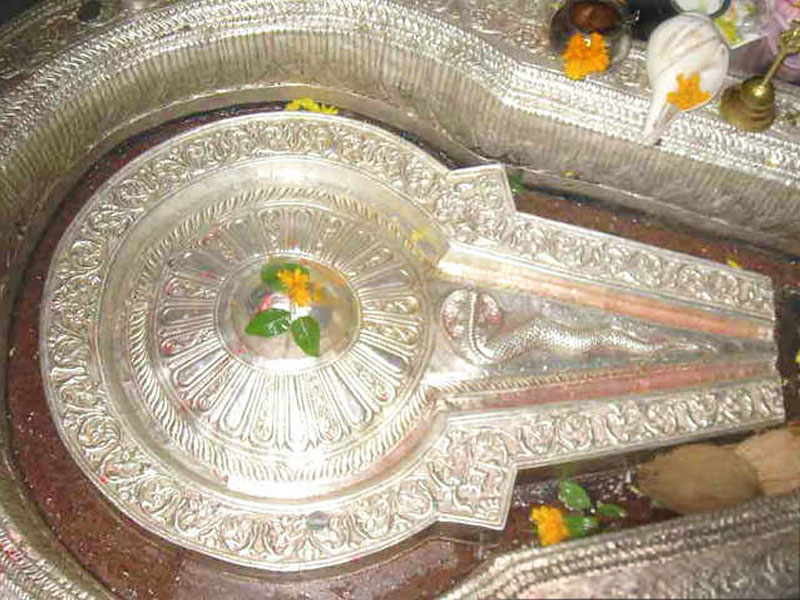 Bhimashankar Temple, one of the 12 Jyotirlingas temples dedicated to Lord Shiva and is the most pious pilgrimage of Hindus. Bhimariver is another name given to the temple. The temple is situated on the mountain named Sahadri, about 110 km from Pune, Maharashtra and is also located at a distance of 120 km from Nasik. Bhimaashankar's  Jyotirling is one of the among Lord Shiva’s twelve Jyotirlings and is considered sixth in place.

The Shivlinga of the temple is quite thick, and that is the reason it is also called Moteshwar Mahadev. A river named Bhima flows near this temple which is found in Krishna River. It is believed in the Puranas that the devotee, who visits this temple with the name of twelve Jyotirlingas after the sun rising every morning from the shrine, removes his sins of seven lives and the paths of heaven are opened for him.

Bhimashankar Jyotirlinga mentions in Shivapuran. It was said in Puranas that there was once a demon called Bhima, whose parents were Kumbhakarna and Karkati. Bhima was told by his mother that his father Kumbhakaran is the younger brother of Ravana, the king of Lanka, who was slain by Sri Ramchandra (one of the avatar of Lord Vishnu). After he heard the story he was at once eager to take revenge against all the divines along with Lord Vishnu. He began a severe penance, and a pleased Brahma granted him the bon of becoming a very strong man. With this new strength, he captured all the divines. They were in his control and the whole Heaven was under him. He also won a victory over one of the great Shiva devotee King Sudakshin. He stopped all kinds of worshiping lessons.

All this angered all the gods and all went to Lord Shiva for help. Lord Shiva agreed to help them. King Sudakshin, ardent devotee of Lord Shiva did not stop his worship even when in prison. This angered Bhima and he forced king to worship instead Lord Shiva. On not accepting Bhima’s words he tried to break the King's made Shivling with his sword. Before he could strike, Shiva appeared there. A severe fight ensued in which bows and arrows and Lord Shankar blew a fire and burned the wicked Demon Bhima to ashes. All the gods requested Lord Shiva toremain virgins in this place in Shivling form. His prayer was accepted by Lord Shiva and he is still here as Bhimashankar Jyotirling.

Bhimaashankar Temple is a compilation of ancient and new structures made from civil style architecture. Skills of ancient Vishwakarma architects of this temple reveal its superiority. The dome of this beautiful temple was built by Nana Phadnavis in 18th century. The special bell made by Nana Phadnavis in Hemodanti is also worth seeing and one of its specialty. The Bimshankr Lal forest is a protected area by the wildlife sanctuary where you can see many kinds of beautiful birds, wildlife and flowers, plants. There is a Kamalja temple near the temple. Kamalja is the incarnation of Goddess Paravati The temple has also determined crowd of devotees. 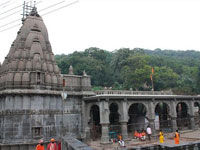 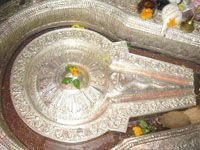