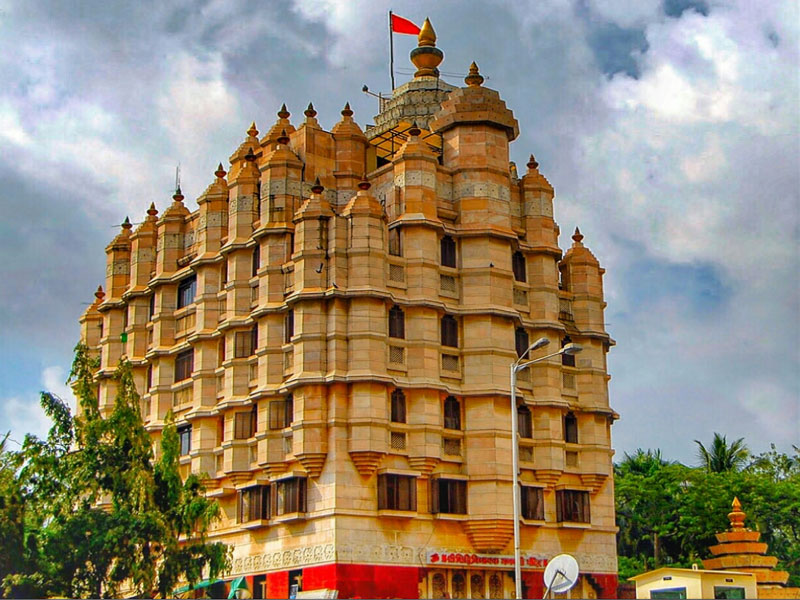 The temple of Sri Siddhivinayak Ganapati Temple was constructed on 19 November 1801 and was built by Lakshmana Vithu and Deubai Patil. The name of this temple comes in the richest temples of Maharashtra. Earlier this temple was very small. Over time, this temple has been rebuilt many times. In 1991, the Maharashtra government provided 20 thousand square feet of land for the construction of the present temple. This temple is five storeyed. The temple also provides free treatment to the patients, and also has a kitchen where modak is made for the worship of Lord Ganesha.

The inner roof of the sanctum sanctorum of the temple is covered with gold, and the doors depict images of Ashtavinayak. Siddhivinayak is the most popular form of Ganesha. Ganesha, the idols whose trunk is curved to the right are attached to the Siddhpeeth and their temples are called Siddhivinayak temples. The specialty of Lord Ganesha's Siddhivinayak statue in the temple is that he has a lotus in his upper right hand and curb in his left hand and a garland of beads in the bottom right hand and a bowl full of modak (laddus) in the left hand. Both his wives are Riddhi and Siddhi on either side of Ganapati which signifies wealth, opulence, success and fulfillment of all desires. A third eye like his father Shiva on the forehead and a snake in the neck is wrapped in place of necklace. The Deity of Siddhi Vinayak is two and a half feet high and it is made of the same black stone, two feet wide.

Every Tuesday in Siddhivinayak temple, a large number of devotees visit Ganapati Bappa and fulfill their aspirations. On Tuesday, it is so crowded that after standing in line for four to five hours, you can see it. Every year the Ganpati Puja Festival is celebrated here from the Chaturthi of Bhadrapad to Anant Chaturdashi.

Why is the kanyaadaan performed in marriage?