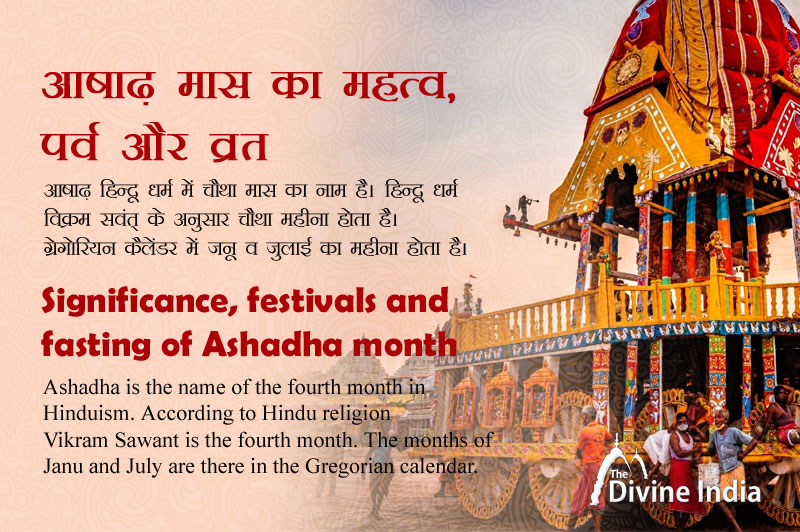 Ashadha is the name of the fourth month in Hinduism. According to Hindu religion Vikram Sawant is the fourth month. The months of June and July are there in the Gregorian calendar.

Ashadh month is starting from 15th June 2022 and ends on 13th July 2022. According to the Hindu calendar, each month has its own importance, thus Jyeshtha month also has importance.

Significance of the month of Ashadha

The month of Ashadh has its own importance in Hinduism. The Rath Yatra of Lord Jagannath is organized on the second day of Shukla Paksha falling in the month of Ashadha. Apart from this, the important festival of Guru Purnima is also made on the full moon day of Ashadh month.