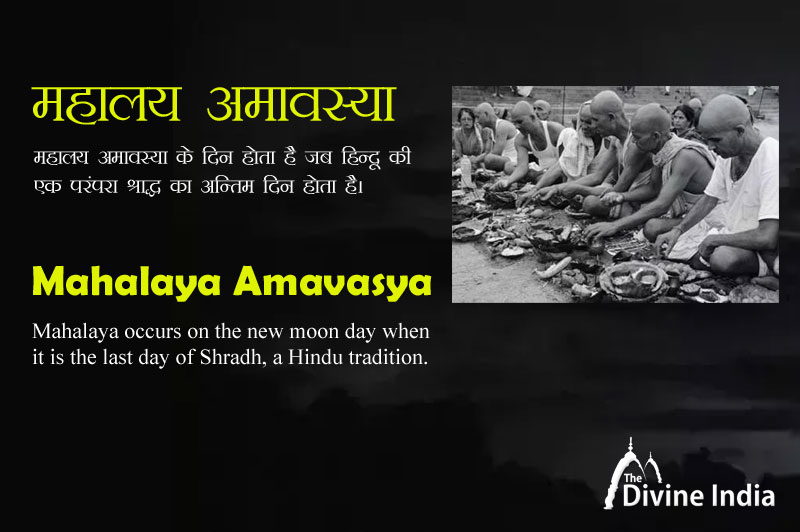 The ceremony, the death rites performed on this day, is known as Shradh or Tarpan. In southern and western India, it falls in the second fortnight (fortnight) of the Hindu lunar month of Bhadrapada (September) and immediately follows the fortnight after the Ganesh festival. It starts from Pratipada, which ends on the new moon day which is known as Sarvapitri Amavasya, Pitru Amavasya, Peddala Amavasya, Mahalaya Amavasya.

Pitru departs on the day of Mahalaya Amavasya, hence this day is also called Pitru Visajini Amavasya. One must do Shradh rites and Pind Daan of our ancestors so that our ancestors remain satisfied and happy and give blessings, due to which happiness, opulence and peace remain in the family.