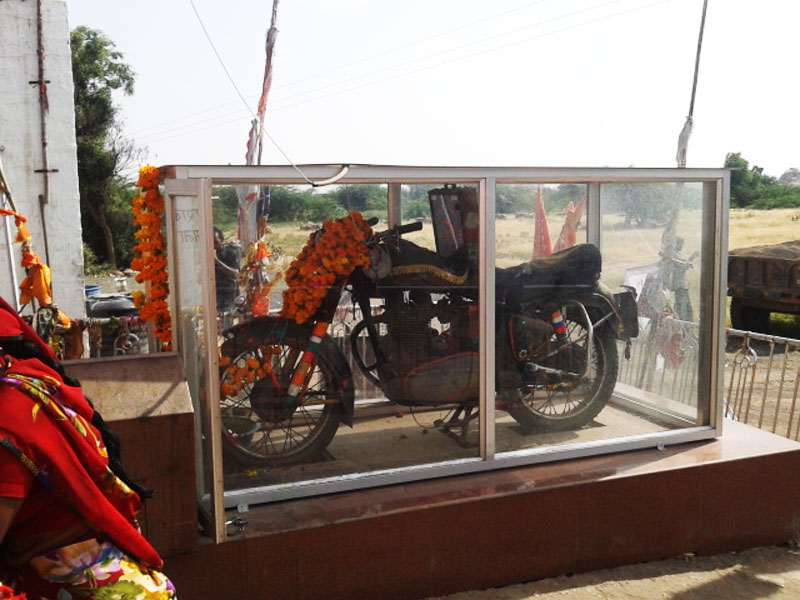 This local people started seeing it as a miracle, and they started worshiping 'bullet bikes'. The news of the miracle motorcycle spread to nearby villages and later they built a temple to worship this motorcycle. This temple is known as 'Temple of Bullet Baba'. It is believed that Om Banna's spirit helps troubled passengers.

Every day, the villagers and the passengers pray to late owner Om Singh Rathore and offer prasad. Some drivers also offer a small bottle of wine at this place. The devotee takes the 'Tilak' mark on his forehead and binds a red thread on the motorbike and then they start their journey.