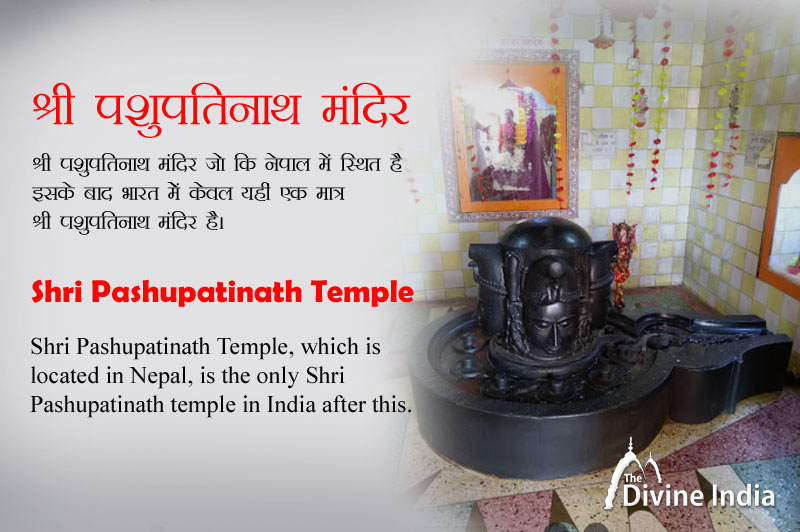 The Shivling established in the temple is made from a single rock of Kasoti stone. It is a very precious stone. This stone is used to identify pure gold.

The description of Shri Pashupatinath temple is also found in Puranas. Pehowa is one of the most sacred of the ancient pilgrimages. Pind Daan has a special significance here. It is said that Baba Shravan Nath attained siddhi by doing penance at this place and it was Baba Shravan Nath who got the Shri Pashupati Nath Mahadev Temple built. In 1763 AD, this temple was renovated by the then Maharaja Ranjit Singh. After Nepal, there is only one temple of Shri Pashupati Nath Mahadev Ji in India. Its Shivling is made from a single stone of Kasoti stone. It has four faces in all four directions and one face is upward.

It is said that the worship of Shivling established in Shri Pashupatinath temple has special significance. It is mandatory to visit Pashupati Nath Mahadev after visiting 12 Jyotirtilgas across the country. Which are in only two places around the world. In which one is established in Kathmandu of Nepal and the other in Pehowa (Prithudak) town of Kurukshetra district in India.

Blog/Hinduism
Do you know who composed the musical composition of the major Vedas of Hinduism?