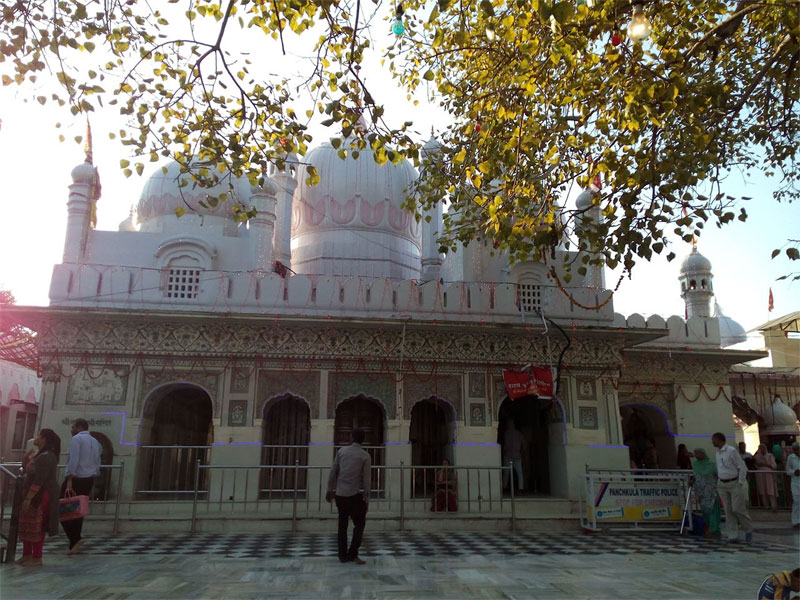 Mansa Devi Temple is a Hindu temple located in Panchkula, India. It is one of the very famous religious places of Chandigarh. This temple is a huge temple spread over 100 acres. There are three temples in this temple complex. The temple of Mansa Devi is the oldest. Maharaja Gopal Das Singh of Mani Majra, who ruled in 1783, built the present main temple of Shri Mansa Devi, which is situated on the Shivalik foothills in the village Bilaspur, Tehsil and District Panchkula during the period 1811-1815. At a distance of 200 meters from the main temple is the Patiala Shivalaya Temple, built in 1840 by Karam Singh, Jat Sikh, then Maharaja of Patiala.
There are many temples of Mansa Devi in ​​India, of which the main temple of Mansa Devi is located in Haridwar. Located in

Pachankula, this temple of Mansa Devi is quite popular in Haryana and Punjab. It is one of the major Shakti temples in North India, comprising 7 deities such as Mata Mansa Devi, Naina Devi, Jwalamukhi, Chintpurni, Brajeshwari, Chamunda Devi and Jayanti Devi. Thousands of devotees go on pilgrimage from different parts of the country and especially during the Navratri Mela, this number increases to millions for nine auspicious days.

The management of the temple is managed by the Sri Mansa Devi Shrine Board Panchkula Trust. A fair is organized in the temple during the Navratri festival. During this time, a large number of devotees come to see Mother.