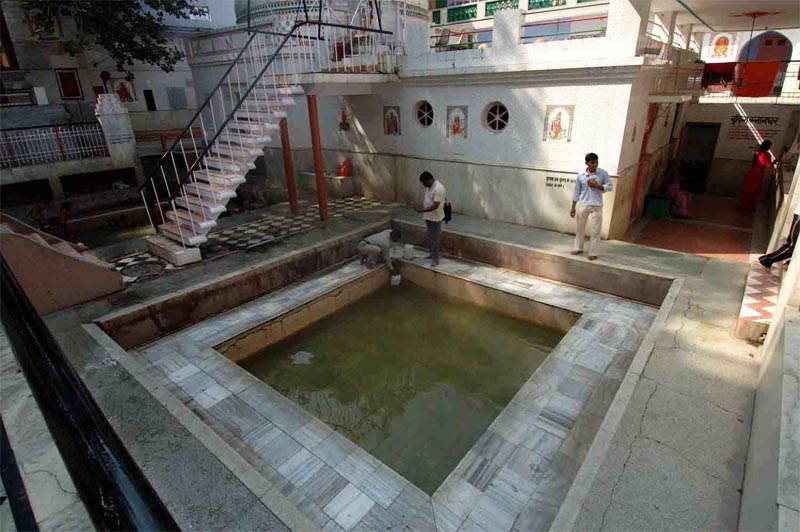 The ancient Shiva Temple is a Hindu temple dedicated to Lord Shiva. This temple is also known as Shiva Kund. Shiva Kund is situated on the Sohna, outside the city Gurugram or Gurgaon. The main reason for this temple being known is that it gets naturally hot water in this temple which is assembled in a trough. This water gets sulfur naturally in hot water.

This ancient Shiva temple is named as known Shiva Kund due to the Kund situated in the temple. This hot water emits from the depth of 55 feet in the earth, which is collected in the kund. This natural tank is covered from the top. This main tank is called Sakhaam Baba. This main kund was covered by the Maharaja of Gwalior. The water of the main kund of this temple is distributed to small kunds. There are separate kund for bathing women and men. There are two types of arrangements for bathing in the kund: first, which no buck is taken. Second, you can also book for private bathing.

In this temple Lord Shivalinga looks like a child in the morning. It looks like a young man in the afternoon and in the evening it seems like the old man is sitting in "Dhyan Mudra". According to the perception of people, if you pray to Lord Shiva here, all the best wishes come true.

The reason for this place being famous is that this place was also described in the book 'An-a-Akbari'. This book was written in the time of the famous Mughal emperor Akbar. This book has got mention of the religious significance of this place.

All the festivals are celebrated at Shiva temple, especially in the festival of Shivratri, special pooja is organized. On this day, the temple is decorated with flowers and lights. The spiritual atmosphere of the temple provides peace to the heart and mind of the devotees. During the months of Somvati Amavasya, Phagun and Sawan month, a large number of people come to the bath in the kund of the temple.