Bhadrakali temple is located on Jhansa road, Thanesar, District Kurukshetra, Haryana. Bhadrakali temple is also known as Shri Devikoop temple. The temple is dedicated to Devi Kali which is one of the nine forms of Devi. The temple is among 51 Shakti-peethas. Bhadrakali shakti peetha is also known as Savitri peetha. A big idol of Devi Kali is established in the temple. One can see a big lotus as one enters into the temple which has the impression of left leg of Devi Sati. This is built of white marble.

As per mythology, Devi Sati gave her life by jumping into the fire of Havan organised by her father King Daksheshwara. When Lord Shiva was running around the earth carrying her body then Lord Vishnu divided the body in 51 parts using his Sudarshan chakra. Out of those 51 parts, the right ankle of the Sati fell here inside a well, so this temple is known as Devikoop.

It is said that the Pandavas of Mahabharat worshipped Devi Durga here along with Shri Krishna and sought blessings for the victory in the war against Kauravas. After winning the war, they donated horses in this temple and since then the tradition is prevalent here. It is also said that Lord Krishna and Balrama had their mundan( bald head) ceremony here so devotees come here for the same for their children.

All the festivals are celebrated in this temple. The main attraction is Durga puja and Navratra celebrations here. Devotees gather in large number during these days and the temple is decorated with lights and flowers. The atmosphere of the temple gives peace to the mind of people coming here. 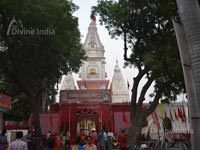 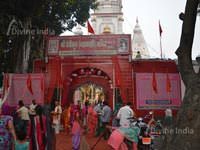 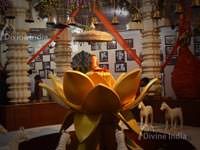 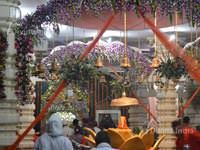 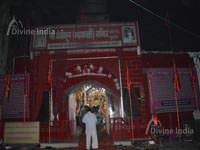 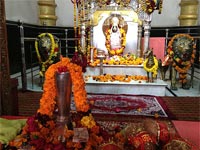