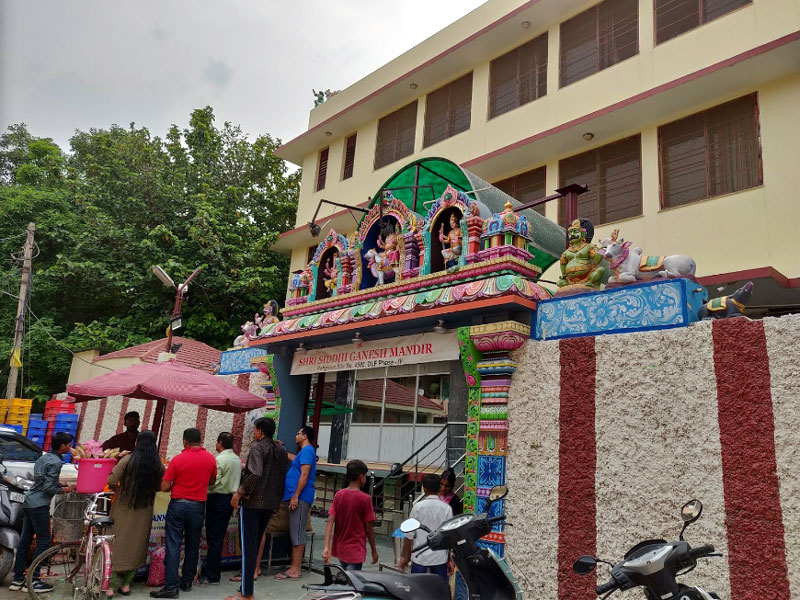 Shri Siddhi Ganesh Temple is a Hindu temple located in Gurugram (Gurgaon), Haryana, India. This temple is completely dedicated to Lord Ganesha. Statues of other deities are also installed in this temple like Lord Shiva, Karthikeya, Goddess Kamakshi Devi etc. Shri Siddhi Ganesh Temple is completely built on South style. The idol of all the Gods and Goddesses in the temple has also been designed in the South Indian style of art.

This temple is built on about 1000 square yards of land. The Haryana government had allotted this land to Sri Kanchi Shankaracharya Srimatam Sansthanam to build the temple. The Maintenace work of this temple is done by the Sri Siddhi Ganesh Cultural Society, its registration has been done under the Societies Registration Act of 1860.

This temple is used for all religious program purposes. In this temple, following the consultation of Sri Kanchi Shankaracharya Srimatam Sansthanam, the following activities are done by the Shri Siddhi Ganesh Cultural Society in the temple premises: -

Why is the kanyaadaan performed in marriage?