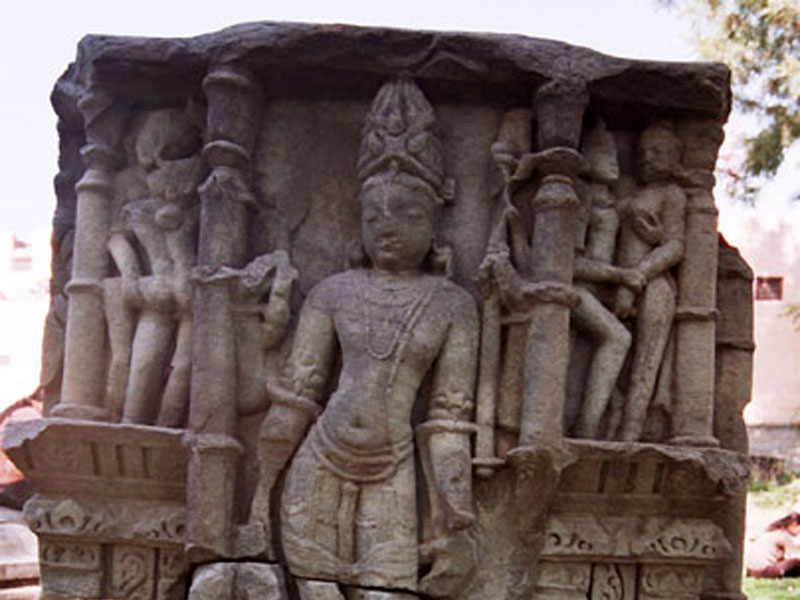 Bhima Devi temple is a Hindu temple. The temple is located in the Pinjar city of Panchkula district of Haryana state of India. This temple is an ancient Hindu temple built between the 8th and the 11th centuries and the temple complex contains the ruins of the temple. Which was declared as a protected monument in 1974 under ‘Punjab Ancient and Historical Monuments and Archaeological Sites and Remains Act-1964'.

Bhima Devi Temple has been given the nickname of Khajurahas of North India. This temple was discovered in 1974 by excavation by the Department of Archeology, after which this temple was included in the protected monument. About 100 ancient statues were discovered in this temple and the temple layout plan indicating a five temples complex, including the main central temple. Temple represents the Panchayatana architectural style. The architectural style of this temple is similar to the style shown in contemporary Khajuraho and Bhubaneswar temples. Like the Khajuraho temples, erotic images of the Bhima Devi temple have earned it a nickname of Khajuraho of northern India.

During the excavation of the Bhima Devi Temple, statues of all deities were found like Shiva, Parvati, Vishnu, Ganesh and Kartikeya etc. Most of these idols are kept in the museum. Archaeological department has speculated that the main deity in the temple can be from Lord Shiva. Archaeologists have classified sculptures under four categories:

Pinjore Garden, which is also known as Mughal Gardens built by the foster brother of Aurangzeb, used to use many ruins of Hindu temples destroyed by Muslim invaders from the 13th century to the 17th century.

Pinjore town where the temple complex is situated, there is a mythological connection to Pandavas, who were the heroes of Mahabharata epics. It is believed that Pandavas stay here in their 13 years of exile. It is also said that Pandav worshiped Goddess Mahakali and and perform Yajna here.

In the Goddess Mahatmya, it has been said that Bhima Devi had appeared in Bhimarupa (in the form of Bhima) in the western Himalayas of Himachal Pradesh and provided protection to the rishis.