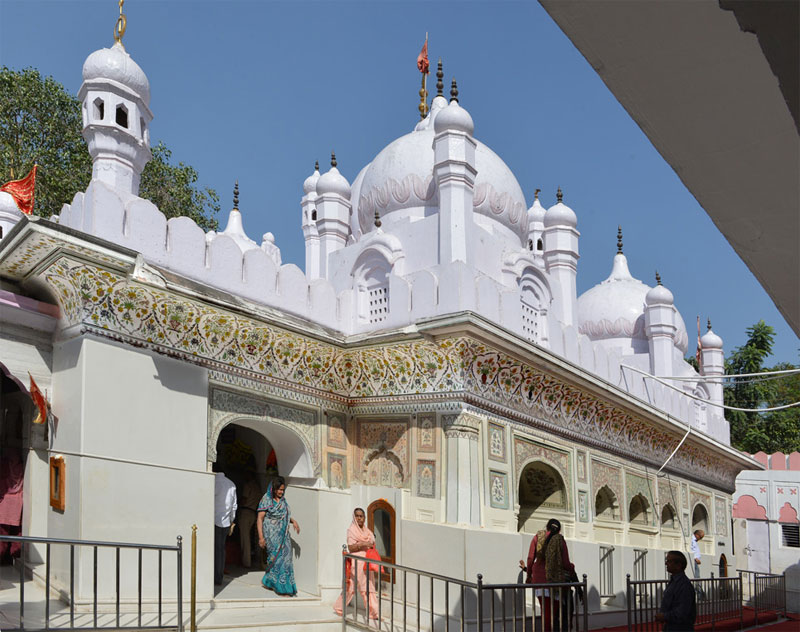 This is one of the main ‘Sakti’ temples of North India. Thousands of devotees come to the temple from different states of the country, and especially during the Navaratri fair, this number increases to millions every day for nine auspicious days.

After the merger of Princely states in the state government's Patronage PEPSU, the temple was not taken into consideration (neglected). The King of Manimajra appointed a priest to serve this temple, whose duty was to serve the temple and to worship the Goddess.

After the merger of Princely states in PEPSU, the condition of this temple was worsening day by day. The priests of the temple were unable to arrange the temple and provide the necessary facilities. Later, the Haryana Government took over the temple and set up Shri Mata Mansa Devi Shrine Board Panchkula Trust to manage the temple.

The best time to visit the temple is during the festival of Navratri, when it is decorated with a brilliantly decorated and filled with devotional activities. The temple is open all year and welcomes visitors of all castes and creed.

Blog/History of India
When and between what were the major wars of Indian history?