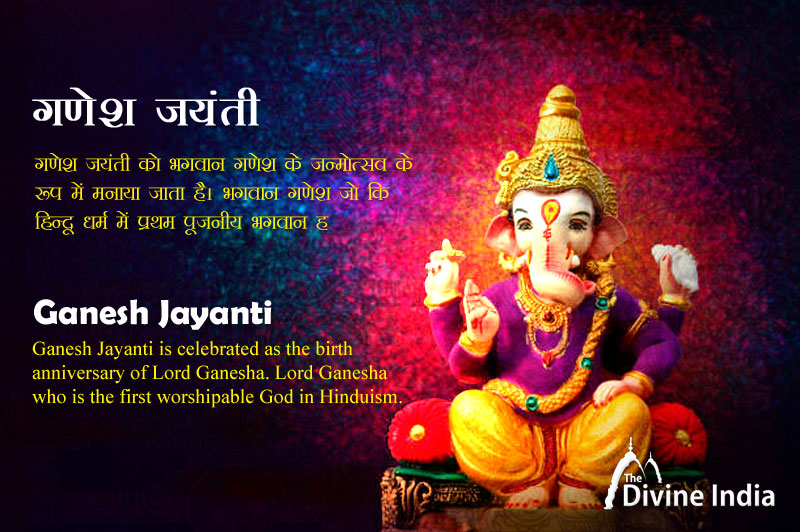 According to the belief of South India, Ganesh Jayanti is celebrated on Shukla Chaturthi during Magha lunar month according to Hindu date and currently falls in the months of January and February in the Gregorian calendar.
Ganesh Jayanti is mainly celebrated in the coastal regions of Maharashtra and Konkan during the month of Magha. In most parts of India, the birth anniversary of Lord Ganesha is celebrated during the month of Bhadrapada and is known as Ganesh Chaturthi. Similar to Ganesh Chaturthi, Madhyahna Vyapini Purvavidya Chaturthi is considered as Ganesh Jayanti.