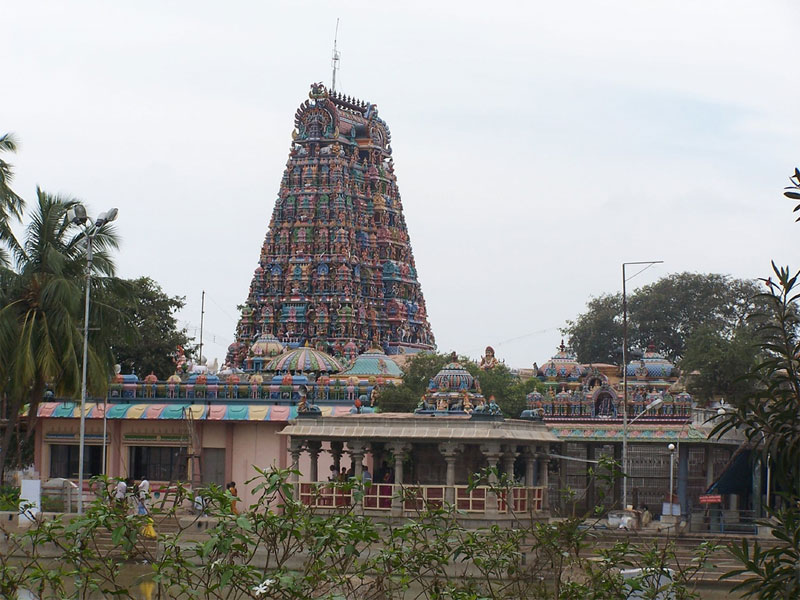 Karpaka is the chief god of Vinayak, Lord Ganesha, whose name is Vinayak. There is a cave in the temple, in which idols made of stones of Lord Shiva and other gods are made. The cave of the temple is made by cutting a single stone. According to the Agama1 texts found on inscriptions on the stones of the temple, this temple was built between 1091 and 1238 AD. A unique Tamil image of Pillaiyar built in the temple helps to verify the exact timing of the construction of the temple.

This is a temple in which the statue of Lord Ganesh is a 6-foot tall rock. There are about 14 stone statues of other gods and goddesses in the temple. Here the trunk of Ganesh Ji is on the right, due to which he is also called Valampuri Pillaiyar. In other religious places, the idols of the deities are east or west, but here the faces of deities are towards the north direction. Generally there are four hands in every form of Ganesha, but in the idol set in this temple, there is only two hands of Ganesh Ji.

The temple has been built on the Pillarapatti hills by the Pandya kings. The idol of Karpaka Vinayak Pillarapatti is built inside the cave. Lord Thiruveesar (Shiva) is also carved in the rock of this cave. Statues of Vinayak and Shiva have been prepared by a craftsman, Ekkattoor Kun Paruparanan. The same sculptor has signed the stone inscriptions in Tamil language used in the 5th century.

Other pilgrimages in the temple are dedicated to Lord Shiva, Goddess Katyayani, Nagaligam and Pasupthiswarar. It is said that the marriage of the virgins is quickly made by praying to Goddess Katyayani. The destitute couple worship God Nagaligam, resulting they get child. Pasupthiswarar is worshiped for wealth and prosperity. It is considered to be auspicious for Ganesh ji to face the north, and on the right, the probability of the trunk. It is a factor of prosperity, wealth and knowledge.

1The Agamas are a collection of scriptures of several Hindu devotional schools.