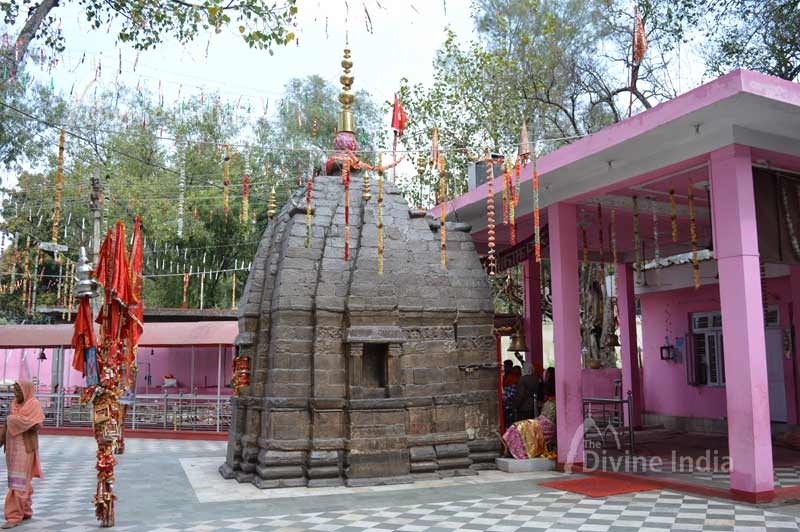 The temple derives its name from two words Kaul-Kandoli. Kol means bowl and Kandoli means marbles. The city was earlier known as Nagraj and spanned across 13 kosa area.

According to mythology, Mata Vaishno appeared here at the age of 5 years in the form of a little girl and did penance here for 12 years. After the penance, she settled here in the form of a pindi. In this temple, the Goddess Herself appears before the devotees in the form of a natural pindi and fulfils the wishes of Her devotees. The Goddess had herself played marbles and swing along with local girls here. During the 12 years penance, the Goddess performed many Havans for the world peace. Mahamaya had presented the silver bowls here four times.  Mahamaya offered 36 types of food prepared in the silver bowls to 330 million deities.

When The Goddess shook the bowl on the ground, water started to coming out from the earth and then all the deities drank that water. The devotees then made a well there and named it after the Goddess.  In the Mahabharata era when Pandavas were under Agyat Vaas, they got to know about the Goddess in Nagraj village. Then they all visited the place and prayed before the Goddess for the ending of their agyaat vaas and also for retrieval of their kingdom. Then the Goddess appeared before them and asked them to build a temple for Her. They all built a temple there in one night which spanned for 6 months.

There is also a temple of Gandeshwari jyoti linga in the temple campus. When pandavas were building the temple then one of them, Bheema, felt thirsty and asked for water from the Goddess. Mahashakti told him that there was no water. Then mahamaya went to back side of the temple and produced a silver bowl. She then rubbed the bowl there and then AapShambhu Gandeshwari jyotirlinga appeared there. Then Mahashakti announced that where there is Shiva there is Shakti and vice versa.She further said that Shiva and Shakti are both incomplete without each other. All the grahas are pacified by worshipping the Shiva.

There is a well of Mother in the temple premises. One feels very relaxed and peaceful after drinking the water from the well. One gets cleansed by sprinkling the water over body. All the festivals are celebrated in this temple specially Durga puja and Navratras. The temple is decorated with flowers and lights. The atmosphere of the temple is very soothing to the body and mind of the devotees. It is said that the flowers offered to the Goddess here and converted into Bhasm(babooti) after special kind of treatment. All the skin diseases are corrected by eating it or by applying on the affected area. 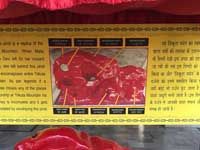 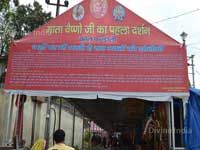 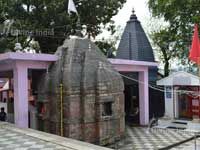 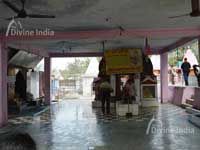 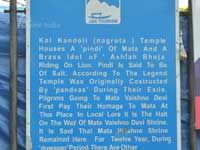 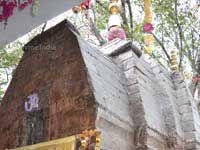 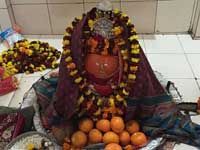 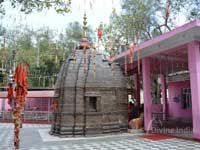 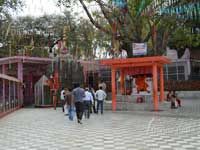 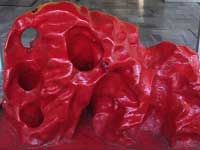 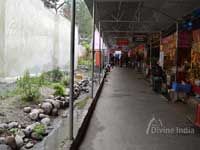