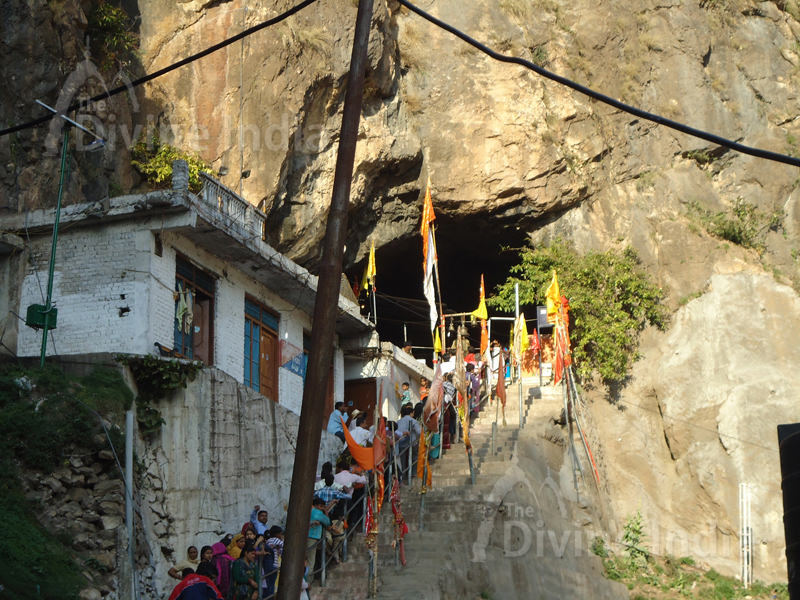 Shivkhori is situated in the Reasi district of Jammu and Kashmir state in India. It is a famous cave shrine of Lord Shiva. Khori means cave (Guffa) and Shiv Khori thus denotes Shiva's cave. In Reasi district, there are many shrines such as Mata Vaishno Devi, Merhada Mata, Baba Dhansar, Siad Baba.

Shiv Khori is one of them located in Ransoo a village in the Pouni block in Reasi district, It is point of attraction for lakhs of devotees annually from both India and abroad.

Shiv Khori is situated in between the hillocks about 140 km north of Jammu, 120 km from Udhampur and 80 km from Katra. Buses and light vehicles go up to Ransoo, the base camp of pilgrimage. People have to traverse about 3 km on foot on a track to reach this cave.

This natural cave is about 200 metres long, one metre wide and two to three metres high and contains a self made lingam, which according to the people is unending. The entrance of this cave is very wide but it narrows to some extent towards the middle of the cave. The cave is in fact in the shape of Lord Shiva's Damroo i.e. wide at the two ends while very congested at the center.

The passage from outer to the inner chamber is low and small, at one spot it divides itself into two parts. One of these is believed to have led to Kashmir where Swami Amarnath cave is located. It is now closed. To reach the sanctum sanctorum, one has to stoop low, crawl or adjust his body sideward. A 4 feet high naturally formed Shiv-lingam at the heart of the Sanctum Sanctorum is visible. The cave abounds with a number of other natural objects having resemblance with Goddess Parvati, Ganesha and Nandigan. The cave roof is etched with snake formations, the water trickles through these on Shiva Lingam. Pigeons are also seen here like Swami Amar Nath cave which presents good omens for pilgrimages. Inside the cave one can also see the natural milky water dripping from the top to the Shiv-Ling symbolizing the eternity of the holy river Ganga. The place hosts a major fair on Shivratri. The Shiv-Khori Shrine is well connected to Katra / Jammu by road. Bus and Taxi services are also available for transportation from katra.