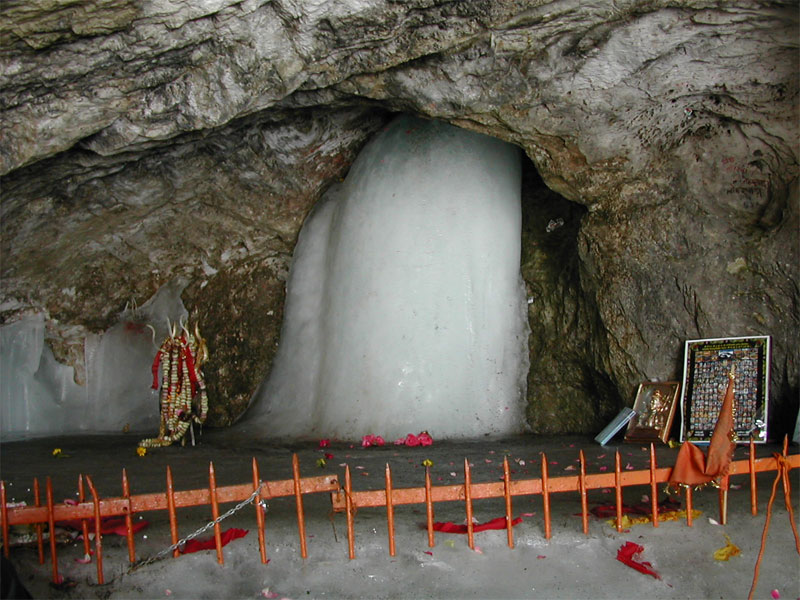 Amarnath temple is situated in Jammu & Kashmir state in north India. The temple is considered as one of the important part of Hinduism. The temple is made in the form of a cave which is 19 metres long, 16 metres wide and 11 metres high. The temple is dedicated to God Shiva. One has to cover a distance of 45 KM to reach the temple. This travelling is known as Amarnath Yatra which opens for only 45 days in a year in the month of July and August. The place is known as Amarnath or Amreshwara because God Shiva told Godess Parvati about Amaratva or immortality here.

Main Attraction of Sacred Cave
The main attraction of this holy cave is the natural Shiv-linga made of natural ice. This is also called as Swayambhu because this is made of natural ice. The Shiva-linga reaches a height of around 10feet. Millions of people from all over the world come here to see the holy Shiva-linga in the holy cave. The size of Shiva-linga changes as per the size of moon which happens for the whole month of saavan Asher Hindu calendar. The Shiva-linga attains the full height on Shravan Poornima and starts decreasing in height till amavasya. There are also idols of Godess Parvati, Ganesha and Bhairava made of ice at some distance from the Shiva-linga.

Historical Significance
The historical importance of this cave is that God Shiva told Godess Parvati the story of immortality or amarkatha here. After listening to the story sadhojat Shuk-Shishoo became immortal in the form of Shukdeva. Two pegions also hears this story and became immortal. These two pegions can also be seen here during the time period.

It is believed that When God Shiva was telling the story to Godess Parvati then He released many small snakes at Anantnaag. The sandalwood of His forehead at Chandanbadi,The sheshnaag of the neck at Sheshnaag and pissoo at pissootop. These place still exist there during the Yatra and are known with these names. A Muslim shepherd first came to know about this cave in the 16 century. Today also his family receives 25% of the offerings coming here. 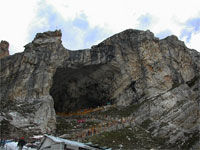 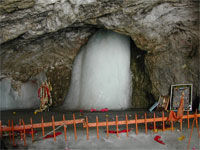 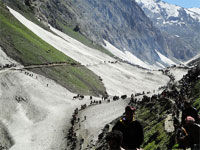 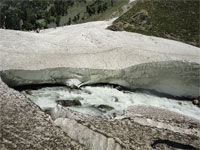