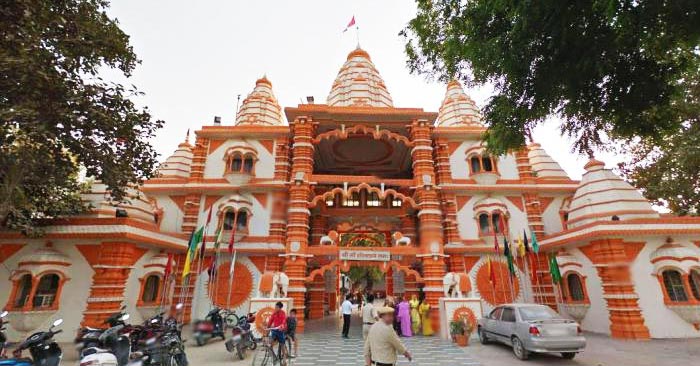 Sheetla Mata Mandir  is a major Hindu pilgrimage.  SheetlaMata temple is devoted to goddess Sitala Devi. The temple is located on Sheetlamata Road in Gurugram (Gurgaon) city in the state of Haryana, India.

It is believed that the temple in Gurgaon is associated with the story of the Mahabharata. Recognize that the Kauravas and the Pandavas of the Mahabharata, Guru Dronacharya armor lore was made known. Rishi Sharadwan’s daughter and sister of Krupacharya name “Krupi” was married to Guru Dronacharya. In Mahabharata,  whenGuru Dronacharya was shot dead by Dhrishtdyum, the son of Dhrupad, were received with his wife Krupiadorn with sixteen makeup went down into his funeral pyre. People tried to stop her, but to be faithful to her husband's funeral pyre Krupi’s firm decision did not allow her to obey.He then blessed the people that anyone will reach the Shrine, faithful at the site of her desire, whatever, must be fulfilled his vow.

In the year 1650, a king named Bharatpurbuilt a very beautiful temple in Gurgaon where Mata Krupigot sati and established a quarter kilo gold statue of Mother Krupiin the temple itself. The establishment of this temple has many folk myths. It is believed that if this deity is invoked with faith, she dispels the disease especially small pox. A section of the visitors come for the mundan ceremony (the first hair cutting ceremony) of their children and offer the crop of hair at the altar of goddess.

Mata Krupi another name of Sheetla Mata temple is famous for the fulfillment of the wishes of the people. Twice a year ChaitraNavratri and AshwinNavratriSheetlaMata  is wonderful views of the temple. Large number of devotees at the time of Navratri came here to visit the temple.  The celebrations of SheetalaAshtami are very famous in the north Indian states of Rajasthan, Gujarat, and Uttar Pradesh and devotees from there came as well. This 500-year-old renowned ancient temple is the center of faith of devotees around the world.