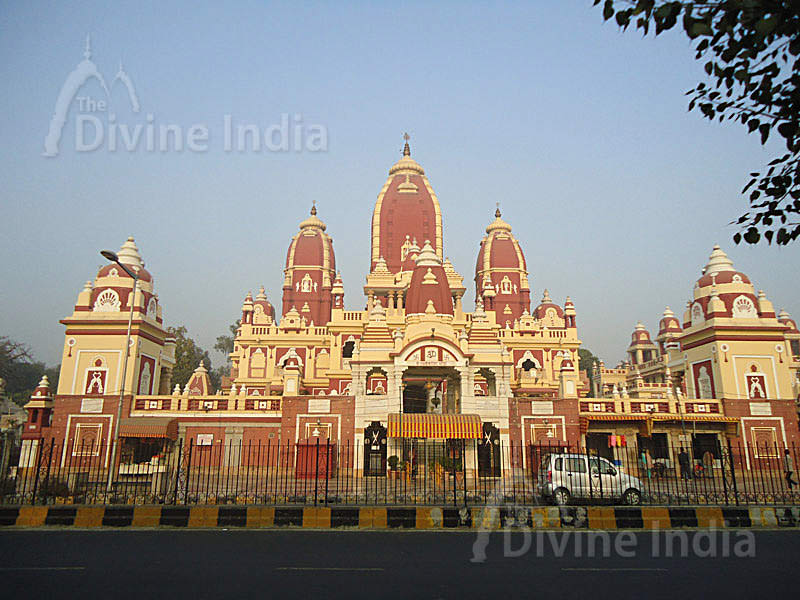 The temple was built by industrialist Baldeo Das Birla. The construction of temple started in year 1933 and was inaugurated by Mahatma Gandhi in 1939 on the condition that people of all castes will be allowed in temple. The first one was built in 1939 in Delhi collectively by Ghanshyamdas Birla and his brothers, as well his father. The side temples are dedicated to Shiva, Krishna and Buddha. The temple spread over 7.5 acres and is embellished with many shrines, large gardens and Gita Bhawan.

The three-storied temple is built in Nagara style of hindu temple architecture. Hundread of skilled craftsman from Benares headed by Acharya Vishvanath Shastri carved the idols of the temple. The idols of the temple were made by marble brought from Jaipur. Kota stone from Makarana, Agra, Kota and Jaisalmer were used in the construction of temple premises. The main temple houses idols of goddess Lakshmi and lord Narayan. Birla Temple attracts thousands of devotees on the hindu festivals of Janmasthtami and Diwali.

Blog/Story
How to meet God?